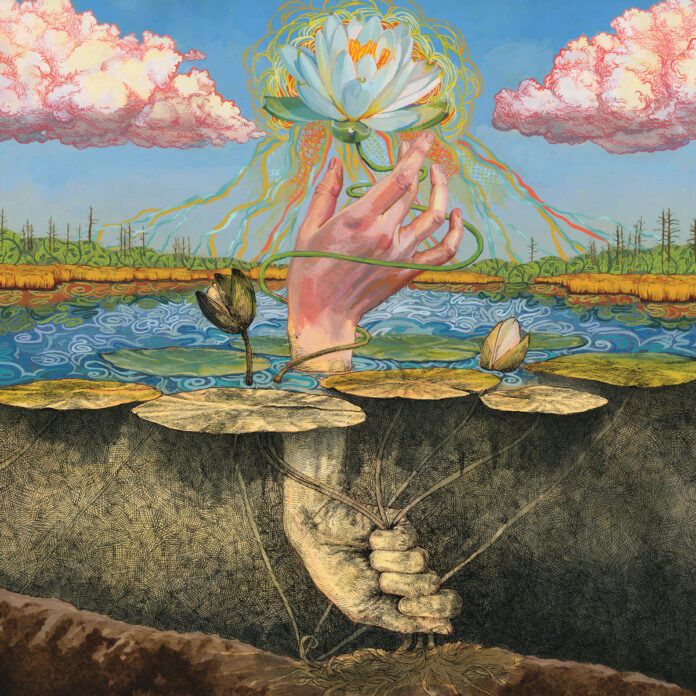 There’s a lot to be said for rock music that’s riffy, lyrically simple, and gets your head bobbing but, as I’ve got older, I’ve become more and more drawn to complex, layered music with deeper meaning to the words. Alright, grandad, I hear you shout as you reply to my tweets with a rolling eyes emoji. Well, maybe, but when an album is as mesmerising as ‘Phototroph’, I make no apologies for that evolution in taste.

Moon Tooth are a four piece from Long Island and they are superb musicians to a man. The riffs on this album, courtesy of Nick Lee, are extraordinary, the drumming by Ray Marte is astonishing, the bass playing of Vincent Romanelli is exemplary, and John Carbone’s vocals are truly world class. They are not just showing off, though. It’s not some soulless, technical exercise to impress (or depress) other musos. No, these guys really know how to write a tune, how to construct a song that keeps you engaged. The songs are punchy and concise – there’s nothing over four and a half minutes in length. There’s no meandering self-indulgence on display here, which is so often the downfall of supremely talented musicians.

Opening track ‘I Revere’ begins with an almost country guitar and vocal before exploding into a riff so complex it’s hard to make out all the notes involved. However, it’s such a beautifully crafted song because despite the frenetic fury of this riff, the vocals and drums are delivered slowly, with restraint, and the contrast is perfect. This tendency towards restraint, the contrasting tempos, the musical light and shade and the great dollops of melody, make it a fantastic listen from start to finish. It rocks. It really does. It may be a bit more cerebral, but you’ll most likely find your cerebellum bobbing around inside your skull on more than one occasion.

There’s not a bad song on it, but you have to admire any band that would name a song ‘Nymphaeaceae’ and actually manage to use that word in the lyrics! And, in case you’re wondering, it’s Latin for water lily, as featured on the album’s rather beautiful artwork. It’s also an incredible song, with what is probably the strongest vocal performance on the album, but the whole band are on fire here. Similarly, the title track, which brings the album to a close, is sublime. The acoustic intro gives way to a Van Halenesque riff and drum combo that you half expect to hear Sammy Hagar start singing over, but vocalist John Carbone is a more than able substitute – and what a melody this song has.