Firekind: What I Have Found Is Already Lost (Deluxe Edition) (2020) 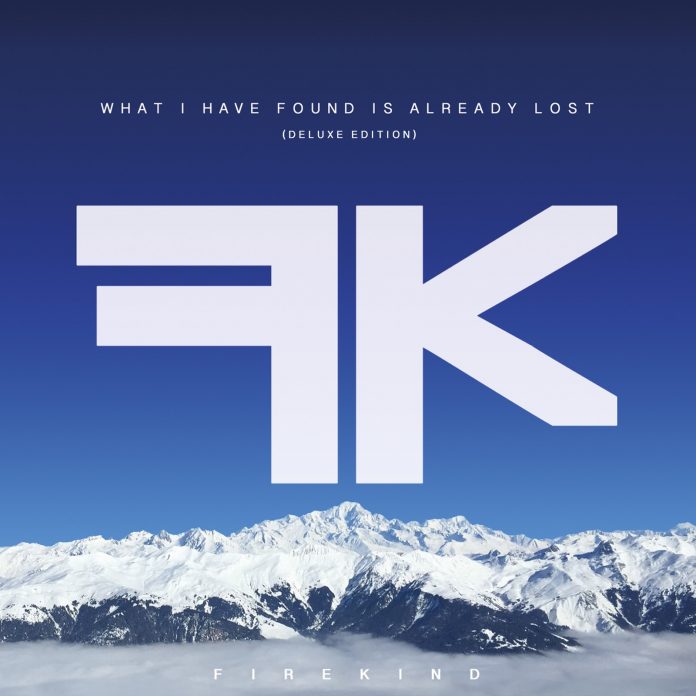 Two things I really like are power trios, and music that pushes through genre boundaries and makes no attempt to appease any one group of listeners. Therefore, Devon outfit, Firekind, are right up my street, and their debut album will be vying for top spot in any end of year rankings I may come up with.

What I love about this album is how familiar it feels while simultaneously reeking of originality. I can hear all sorts of influences in here – Peter Gabriel, Led Zeppelin, U2, Feeder, Radiohead, Pearl Jam, Rush and … Snow Patrol. That last one might have the music snobs and less open-minded rock fans sharpening their derogatory put downs. However, fear not. They’ve taken the spirit of some of the more lightweight stadium rockers – anthemic arrangements and memorable melody – and added heft and depth to the music. This is undoubtedly a band that should be gracing big stages, with thousands singing along, their lighters in the air.

Produced, mixed and mastered by Alain Johannes who’s previously worked with QOTSA, Chris Cornell and PJ Harvey, it has a massive sound. It’s dense and rich. Listening on headphones rewards you with lots of interesting touches and layers, which reveal themselves with subsequent listens.

Album opener, ‘Adrenalin’, appropriately gets things moving with a pounding rhythm, initially reminiscent of Led Zep’s, ‘Achilles Last Stand’. As soon as Jas Morris starts singing, you know you’re onto a winner with the rest of what’s about to come. He has melodic sensibility; a great range, without histrionics or pointless gymnastics; and power. Lots of power. At times, and this may seem a bit odd, there’s a hint of Undertones’ legend, Feargal Sharkey, about Morris’s voice. For me, at least, that’s no bad thing, at all.

‘Rise Again’ has an almost proggy, stuttering time signature, clattering drums, chiming guitars and soaring vocals. It’s sort of indie, sort of Gabrielesque, sort of … sort of hard to pin down. This is a theme throughout the songs on here. It’s not a radically eclectic or groundbreaking album. It doesn’t take sharp turns of style as each track succeeds the last one. Rather, it absorbs and expresses so many varied influences at once that different listeners will undoubtedly identify and associate the sound with different bands they know. As a result, I won’t bother giving you a track-by-track analysis. What I will say is it’s an incredibly strong, consistent and engaging set of songs. My stand out tracks are the singles ‘Sound Of Rain’, which is a total earworm, and the soaring ‘If There’s Any Reason’, along with the epic title track.

The musicianship on display here helps elevate the songs to a level way beyond what you might expect from a self-funded and self-released album. Award winning guitarist, Jas Morris, is also, as mentioned, the lead vocalist. His brother Dan plays bass and keyboards, while drums on the record were played by Dan Collings, who’s now been replaced by Robin Shute. Like a lot of power trios, it’s hard to believe just three guys can make such a glorious racket.

Now, the version I am reviewing here is the deluxe version. It has four bonus tracks. The first, ‘It’s Not Over’, is an up-tempo rocker, in keeping with the tone set by the main body of the album. The other three are acoustic tracks – stripped back renditions of ‘Sound Of Rain’ and ‘It’s Not Over’ along with another track called ‘Have I Been Living’. To be honest, I’m not a big fan of one man and his acoustic guitar stuff. Plenty of folk will love them but I’d have been happier with just having the electric version of ‘It’s Not Over’ as a bonus. However, that’s a minor and entirely personal gripe. I’ll stick with my assertion that this is one of my musical highlights of 2020 and a fabulous example of the quality of new rock music being produced in the UK right now.

Previous article
THE VALUE OF WALKING PAPERS
Next article
Review: Evan Wardell – “In Like A Lion // Out Like A Light”