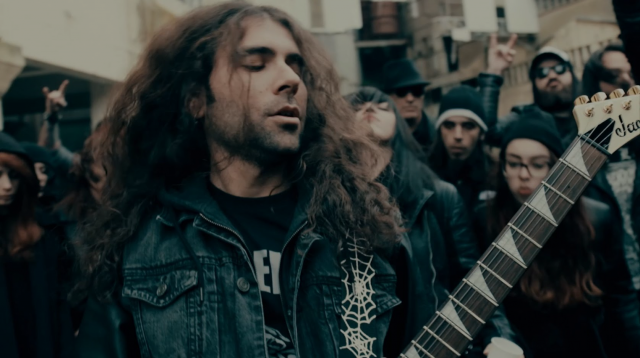 Death and prog from Portugal
Portuguese prog-death metallers Destroyers of All have just released the first video off their next album “Bleak Fragments”. The song “Hate Through Violence” deals with releasing despair and hate through violence means, and the video reflects the motto for the song.
Recorded in January by Guilherme Henriques Silva (Belphegor, Embryo, Mutant, etc.), the videoclip gathered dozens of fans of the band in their hometown Coimbra and includes a brawl between MMA fighters.
“Bleak Fragments” comes out in March 18th through the newly founded Mosher Records. Pre-orders of the CD include a guitar pick, a band poster and free shipping. Order atwww.mosherrecords.com.