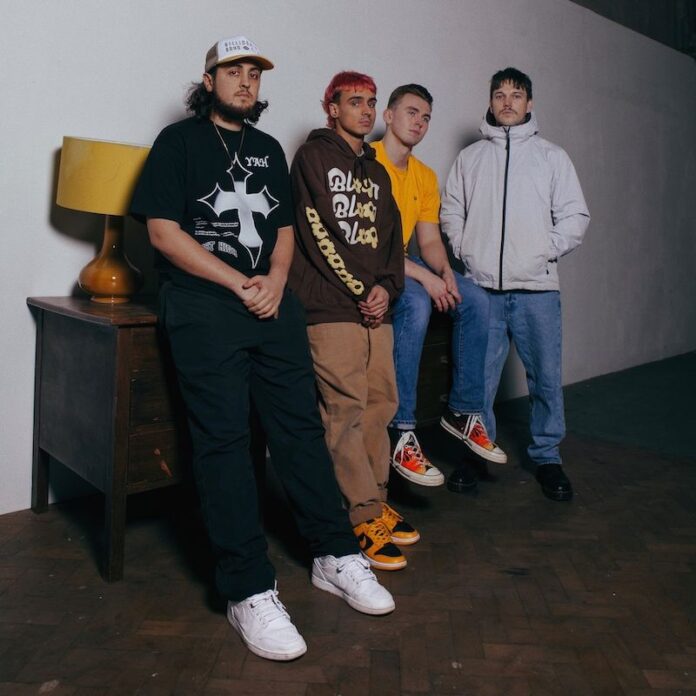 Hotly-tipped Welsh powerpunk/hardcore quartet XL LIFE are proud to announce that their debut album, The Boogie Down South, will be released on 27th January 2023 via Venn Records.

On working with Vylan for the new single, vocalist Traxx says: “We always felt a kinship with Bob because of his message, his boldness, and his morals, so with this song we took the opportunity to have him on the album and co-sign each other’s work. We will support him to the end.”

After a busy summer of live appearances at 2000 Trees, Burn It Down, FOCUS Wales, Primordial General Mayhem and more, the band were set to hit the road on support tour dates with Cancer Bats and Comeback Kid, before a series of traumatic personal struggles with substance abuse, broken homes, violence, disabilities and mental health issues forced the quartet to put their music to one side and focus on themselves.

Commenting on the relevance of the new single, vocalist Traxx says: “We knew this song had to be made, because we had all been going through some heavy stuff outside of the band. The band has been stop-start/stop-start the whole time, trying to prioritise our health and coming up against some really traumatic circumstances, so this song had to address that. The healing journey. Baby steps. Holding onto the promises.”

The final track penned by the four piece for their forthcoming debut, ‘Baby Steps’ is the blueprint for the album and as close to a manifesto as you’ll get from XL LIFE, as Traxx continues, “Given we need a long pause after this release to focus on our health and recovery, we chose this song to be the lead single from the album and present it to the world. It’s our band’s message encapsulated in one song.”

Like many of their peers in the hardcore scene, XL LIFE’s ethos is a deceptively simple one, but it’s something that we all struggle with at times: making the most of our lives.

“It’s all about living an Xtra Large Life,” explains Traxx, “but in a context that holds longevity. Being that this is our whole mission statement, we’ve had to do the very thing that we didn’t want to do, which is to step back from the band until we are in a stable place. Placing our healing journey before anything else. We take the stance that anything is possible. Full restoration and recovery is possible. It might take some time and it will be painful but we are not here to repeat the wounds of the past.”

The band’s previous single ‘Just Do It’ was released earlier this year and picked up a wave of support from hardcore and punk tastemakers at the BBC R1 Rock Show, Kerrang! Radio, DSCVRD, Down For Life, Distorted Sound, Punk News, The Alternative, KNOTFEST, and more.