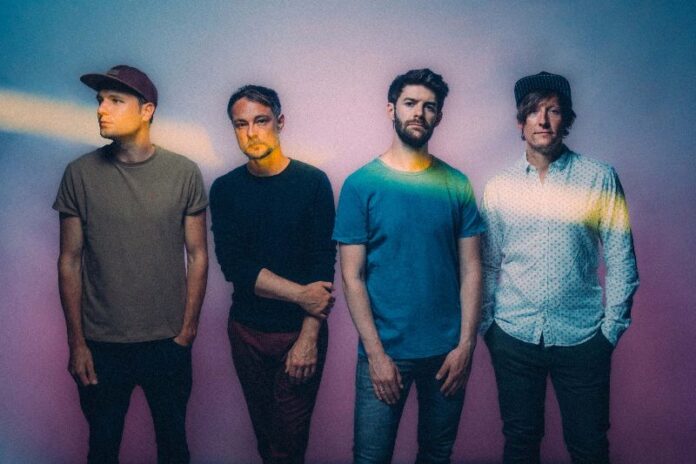 What is the best thing you can take away from a crisis? New insights, the courage to expand your creativity, breakthroughs that seemed impossible before? THE INTERSPHERE have experienced all this in the last three years and survived. And, indeed, from adversity they have thrived.

The German quartet don’t shy away from a big hook line, dramatic harmony or epic song arcs, and as such are frequently named alongside the likes of Biffy Clyro, Muse, Royal Blood and Thrice in their homeland. With their second album Hold On, Liberty!, the band made it into the album charts for the first time, and ten years later they have become one of the most-revered alternative rock acts in Germany, poised for even greater international success.

Since the third album Relations In The Unseen in 2014, the band’s collective love of experimentation has gone far beyond exploring new guitar sounds, and on its follow up The Grand Delusion in 2018, THE INTERSPHERE ventured closer to the extremes of their musical possibilities.

That combination of immense self-confidence as songwriters and arrangers, combined with their impressive playing abilities, is demonstrated to full effect in ‘Wanderer’, their first new music since the world came to a standstill. In the lyrics on ‘Wanderer’, singer Christoph Hessler alternates between personal introspection and powerful socio-political observation.

“We are on a journey, and never before has this journey been so uncertain,” he explains. “Everything just feels as if the decision whether to take one path or the other, at the fork in the road, is so significant, so irreversible, so momentous.

“After our last albums ‘Relations In The Unseen’ and ‘The Grand Delusion’, it is now time to set out on our own. We have to take things into our own hands and not just stand idly by while humanity, which has come a long way, now threatens to choke on its own pathological excesses. We need a merciless treatment of our own ambivalent behaviour, between foreign and self-determination, reflection, and the courage and imagination to escape our own inertia.”

The lockdown of the live industry, which was traumatic for many, has been used remarkably creatively by THE INTERSPHERE, and ‘Wanderer’ is a powerful, intricate and passionate song, that will excite their ever-growing fanbase, who are hungry for their return to live shows and new music.

It’s a prescient and exciting track for the band to return with, as five years after their last record, THE INTERSPHERE 2023 stand for maximum musical curiosity and a spirit of discovery that could not better depict the ambivalence of our time.