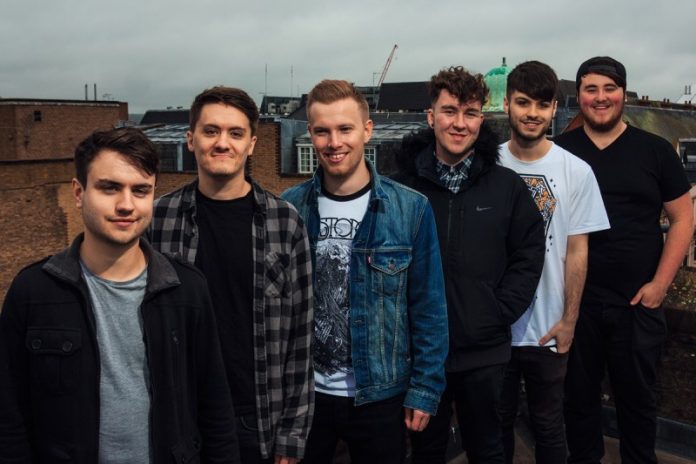 “I spent the few months before writing this in a big ol’ depressive slump,” declares James Harris, vocalist of Oxford pop punks Better Than Never, regarding his band’s new video single. He continues “Dead Weight is all about those darker days when you just feel trapped in a shell you can’t escape, but yet you know that if you keep pushing, you’ll come through feeling better”. This sentiment of pushing on is also reflected in the video, where the band prove they won’t let a silly thing like no funding get in their way: “we didn’t have any budget for production so we just filmed it all ourselves with our own gear” – but ultimately, that’s part of it’s charm, see it here.

Formed in 2013, Better Than Never – completed by guitarist/vocalist Will Keating, guitarists Max Peniket and Jim Allsop, bassist Jake Aitman and drummer Kane McIntosh – have been honing their lineup (“The reason we have 3 guitarists is because we wanted our friend Will in the band but there was no space, but we’re nice guys so we made it work” – James) and their songmanship, via an extensive trial and error process at James’ home recording setup. Having finally crafted a set of songs primed for the full studio treatment, the sextet booked time at the hallowed ground of The Ranch Production House in Southampton, to set about recording what would become their debut E.P proper, Homemade Hero. A little down to the wire perhaps, but Homemade Hero sounds far from cobbled together.

Out now, following release in February via Fox Records, the EP is built upon an easycore inspired foundation of meaty guitars and grooves. Better Than Never pepper their sound with a layered dual vocal approach reminscent of Four Year Strong and vintage Taking Back Sunday, James and Will’s distinct vocals complimenting eachother across cleverly crafted hook lines. With lyrical themes ranging from teen romance gone awry to, erm, Prison Break, Homemade Herohas character in spades, and will surely see Better Than Never with their packed touring calendar, making their mark on the UK’s thriving pop punk scene.

Previous article
Honouring The Idiots
Next article
Got Soul