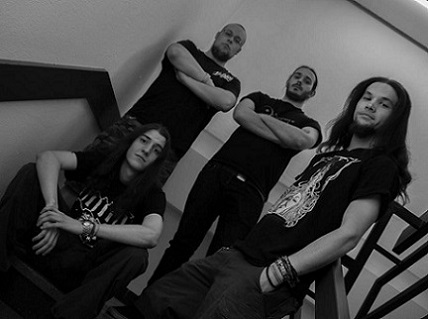 Stoner metal from the Alps
Swiss southern/doom/stoner/sludge-metal outfit from Lausanne, Buried Souls released a few days ago its debut full-length album called ‘The crossing’ available right now for CD, Digital and full streaming on Bandcamp.
Strongly influenced by the wave of new orleanian sludge metal, Mathieu (vocals) and Alex (guitar) formed the band in 2010. Quickly joined by Yann (bass) and Scorp (drums), they played tons of gigs in western switzerland including the Metal Retaliation Fest and released in 2013 a DIY demo before to begin to work on their debut album, ‘The crossing’ released on Fall 2015.
Get your physical / digital copy | Stream the whole album for free
Website | Facebook | Bandcamp