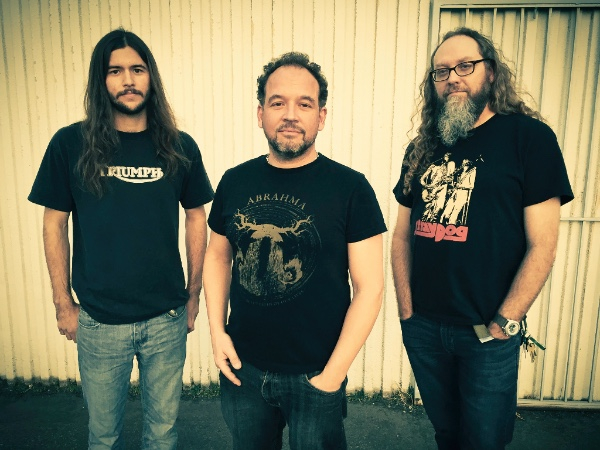 After slinging their Texas-sized psychedelic blues doom for over a decade, Dallas legends Wo Fat are thrilled to announce that this May will see the official release of their brand new studio album, Midnight Cometh on Ripple Music.

Throughout their sonic odyssey spanning five studio albums, a live album, and two splits, beginning in 2006 with The Gathering Dark, they have stayed true to the deep, dark blues that wails from within and have continually forged their riffs with a primal groove. Going stronger and rocking harder than ever before, the band are currently readying their next chapter – and first with Ripple – with the release ofMidnight Cometh. Looming on the horizon and due for release on 20th May 2016, this newest slab of riffage is easily their most daring and psychotropic exploration of heaviness to date.

“We are thrilled to be working with our brothers in the riff at Ripple for this new record!” says vocalist Kent Stump. “We’ve been friends with Todd and Pope for a while and have always had a lot of respect for them personally, as well as the label itself, and we just kinda realised, that, hey, we should be working together. They are passionate about the music they release, they make really good choices when it comes to signing bands, they’re all about treating artists fairly and trying to help this scene grow, and they’re also a label on the rise.”

“We’ve been huge fans of Wo Fat and their maniacal brand of riff-heavy psychedelic grooves,” explains Ripple Music’s Todd Severin. “And they never fail to be one of the most mesmerizing bands we’ve ever seen on stage. We’re beyond thrilled to welcome them into the Ripple family.”

The critical success of their albums, most notably 2009’s Psychedelonaut, which truly solidified the Wo Fat name in the Stoner Rock community and secured them world wide recognition, helped land the band appearances at the legendary Roadburn Festival, Desertfest, Freak Valley Festival, Psycho California Festival and Sylak Open Air Festival as parts of a number of successful international tours.

Midnight Cometh will be released on 20th May 2016 and will be supported by a European tour (see dates below), which will also include appearances at Desertfest in Berlin and London and Hellfest, France.