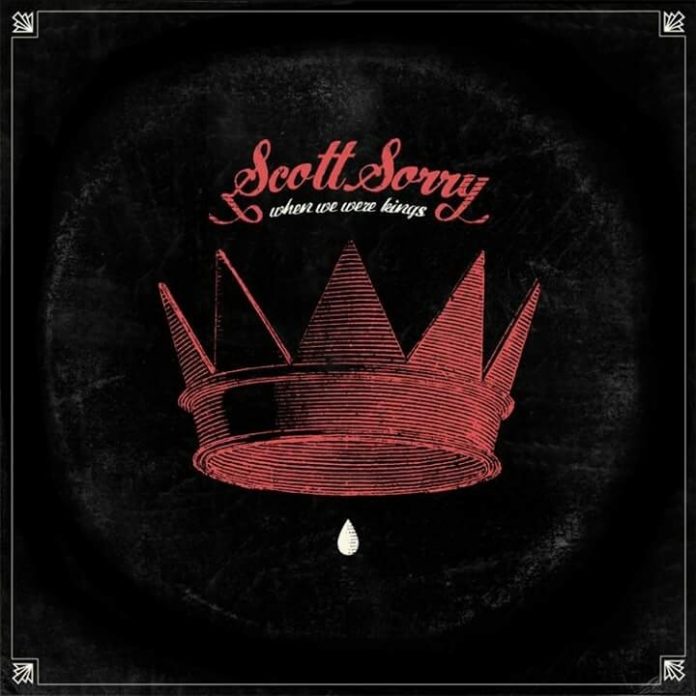 Nothing to be sorry about here

Back in 2007 The Wildhearts released a self titled record that was, even for them, labyrinthine on complexity – even to this day, when they tour each year, you very rarely here those songs live, and not because they aren’t superb (they really, really are). The follow up, a couple of years later, was shorter, more musically diverse perhaps and possibly not quite as good – and yet in typical contrary fashion they played the damn thing all the way through, and became one of the first bands to do the “album” show that everyone now does.

The bass player – and singer and writer of a couple of tracks on these records – was Scott Sorry, a punk rocker from Pennsylvania, best known for his spells in Amen and Brides of Destruction, he helped the band rediscover their punk rock heart and rawness.

Now, after a brief period away from music, Sorry is back with a solo record. First emerging – as most things seem to these days – via Pledge Music, “When We Were Kings” is now ready for a more general release. And the world should be ready for it too, because it’s absolutely magnificent.

Ten songs, just under 40 minutes, “…..Kings” is, to paraphrase a Wildhearts album that Sorry wasn’t on, simply put, riff after riff after riff and hook after hook. Punk rock sheen with a singer-songwriters heart, there is more than a hint of the troubadour about “Broken Hearts And 45s” and the copper bottomed piece of brilliance that is “Give It,” which is possessing of a chorus that intends to stick in your brain long after you are trying to move on.

Most of these songs pack more into four minutes or less than plenty of bands manage on an album. “Till All The Pieces Fit” for example, has echoes of everything from The Replacements to Gaslight Anthem, but still manages to sound as fresh as can be.

It’s tempting to imagine this as an old vinyl record, and if its then the title track is most definitely the start of side two as the tale of lost friendship (“life got in the way”) is told by Sorry’s gloriously raspy vocals.

“Re-wired” and “Carry On” are perhaps the most balls out punk things here, but are juxtaposed beautifully with “Turning Ashes”, the almost balladic thing in between, and if it ends with what we might term the calm after the storm of “Days On End” – which is starkly stripped back and clearly personal and sees Sorry with just his guitar in a similar vein to Billy Bragg – then it ends perfectly.

Only Scott Sorry could answer the question as to whether he knew “When We Were Kings” was this good when he made it, the fact is, though, that it really does deserve to be seen as his crowning glory up to this point – and given his back catalogue that’s quite some statement.