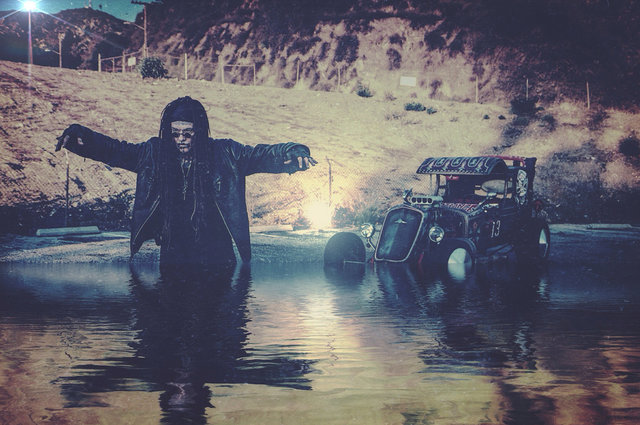 MINISTRY main man Al Jourgensen’s new project, SURGICAL METH MACHINE, inked a deal with Nuclear Blast Records for their debut album recently. The self-titled offering, which was recorded primarily at Jourgensen’s home studio in Burbank, California with his longtime engineer Sam D’Ambruoso, will be released on April 15th worldwide. In support of the forthcoming album, Al has recorded a series of album trailers, with the second one being posted online today. Watch as he discusses the album artwork and the band’s name.

Previous article
A New Side Of The Moon
Next article
Dan Reed Network: @Bilston Robin 09/03/2016