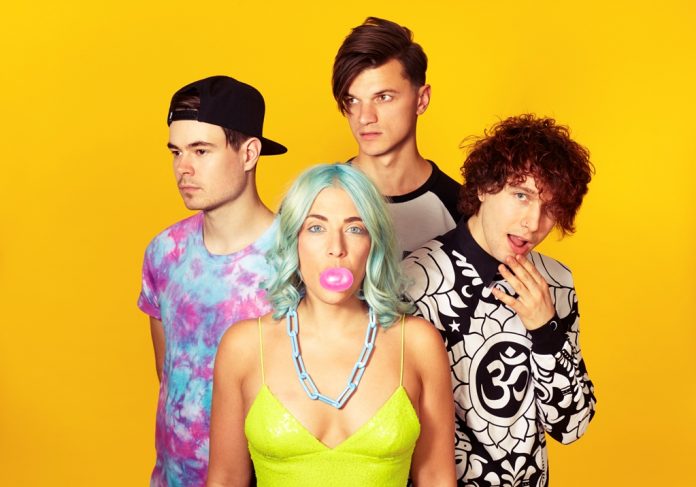 Following their breakthrough debut album, dubbed “one of the year’s best” by Kerrang! Magazine, and a packed-out headline tour across the UK, Vukovi have revealed a thought provoking new video for their single, ‘Weirdo’, and confirmed UK headline tour dates beginning in May, and festival appearances.

“This video is about raising awareness to the victimisation and cultural impact that bullying, and more specifically cyber bullying, has on young people in today’s digital age,” frontwoman Janine Shilstone explains.

“The idea came after chatting to numerous fans at our shows and learning about the hell they go through at school because they like “weird music” or dress differently. They would tell me that our music made them feel like they fit in somewhere and our shows were a place to meet likeminded people.

The girls featured in our video have all been victims of cyber bullying at an extreme level, and for them to be a part of this is not only courageous but a massive fuck you to the people that made them feel the way they did. If these girls can stand up and do it, we all can. And if this video makes any one victim not feel alone, then we’ve done our job.

I want people to embrace their quirks and be proud that they don’t fit the mould. Embrace the weirdo in you. #weirdo4lyf”

Vukovi will tour the UK through May and June with special guests Press To Meco on the dates below, as well as festival appearances at Slam Dunk, Reading & Leeds, 2000 Trees, Truck, Y Not and Belladrum.

Previous article
Americans Songbook
Next article
Fuss About Nothing