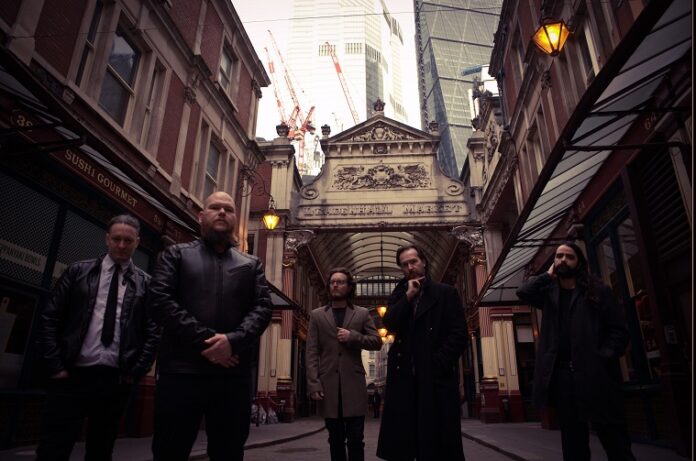 Two weeks ahead of their upcoming fourth album Breaking the Trauma Bond, blackened post-punk outfit VOICES release the record’s third single ‘Methods of Madness’. The most accessible track of the campaign so far, ‘Methods of Madness’ runs the gamut of alternative music and reflects what makes the band so loved, not just by underground metal fans, but wider lovers of visceral sonic expression. You can stream ‘Methods of Madness’ here.

VOICES’ first single ‘Beckoning Shadows’ dug into the band’s love of black metal atmospherics, while their second single ‘Breaking the Trauma Bond’ allowed them to explore haunting dissonances. A testament to their versatility ‘Methods of Madness’ once again stands out for its poetic nature, embodying the signature VOICES ability to be both accessible and vastly ambitious. Not only does the song feature the hooky chorus line of “There is method, there is method, there is method to my madness” but it uses spoken word to crank up the dark seduction that the five-piece have perfected.

Regarding the new single, VOICES say: “‘Methods of Madness’ is a spiral. Something you get caught in. Where uncertainty and certainty come and go in a dizzying cycle. Sometimes this reveals truly unique offerings and this single is one of our most catchy to-date. So we implore you to dance like Audrey from a town called Twin Peaks.”
You can preorder Breaking The Trauma Bond here.
You can listen to ‘Methods of Madness’ here.

1. A Field Without Crows
2. Breaking the Trauma Bond
3. An Audience of Mannequins
4. Lilacs In-Between
5. Ghost City
6. Petrograph
7. Methods of Madness
8. Running Away
9. Absent Equilibrium
10. Beckoning Shadows
11. My Sick Mind
12. Whispers
13. The Widower
14. Kaleidoscope of Thorns
15. She Speaks To Him in a Dream
16. Photographs of a Storm Passing Overhead
VOICES are a collective of London night crawlers. Since 2014, VOICES have navigated the city streets and articulated our urban anxieties through this expressive, uncompromising music. Taking influence from the architecture of London, both literally and figuratively, the music reflects this diversity be it through harsh tangents, unscalable depth or sculpted beauty.

VOICES are a synergy of many different bands that have revolved around the dark scenes of London since 1999. The most notable of these is Akercocke which provided the seeds from which this network of devils has spawned.

As we reach our fourth record we, again, engage with our own cinematic narratives which have become sonified in this sprawling piece of music which could manifest as a type of therapy for those that need to reach such depths in a post-pandemic age.