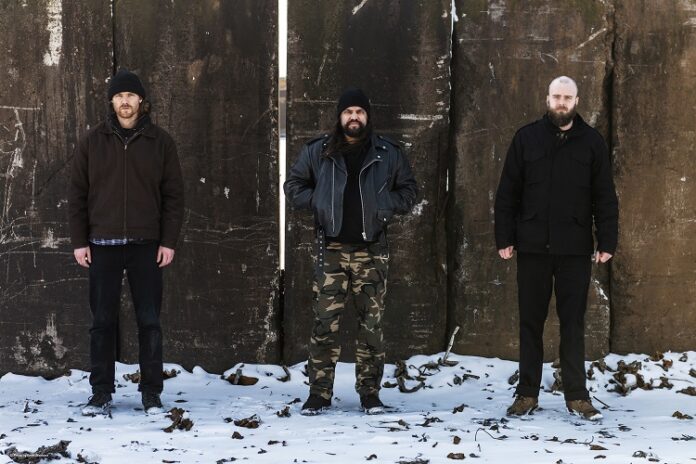 As the world circles the abyss at gathering speed, WIEGEDOOD have returned to provide a perfectly vicious soundtrack. Their new visualizer clip for “Now Will Always Be” is offering a deep dive into the artwork of “There’s Always Blood At The End Of The Road”, that is scheduled for a release on January 14th, 2022. Immerse yourself in 8+ minutes of mesmerising disgust: https://youtu.be/kFgZXviA594

The band comments: “A seemingly never-ending mantra dedicated to the now. A hypnotic drone that evolves into a melodic opus.” “There’s Always Blood At The End Of The Road” is available in the following formats with first preorders already up:

The band about the album: “’There’s Always Blood At The End Of The Road’” focuses on the filthiest and most disgusting parts of human nature and society. It steers clear from the typical Black Metal themes and concepts, instead zoning in on the struggle we lead within, trying to overcome the fact we are all made from that same filth. Exploring places the previous trilogy didn’t even scratch the surface of, both lyrically and musically. A first-hand look into pure disgust, a psychotic ride with synths, tape-recorders, hot club jazz and distressing samples. A definite switch from our previous work, a dark turn into something unexpected and unwelcome.” Being dedicated road dogs the band will embark on a European tour following the release of the album. The first part will be supported by Portrayal Of Guilt. Dates are as follows:

Previous article
VOICE YOUR TRAUMA
Next article
MAGNUM: ROARING BACK