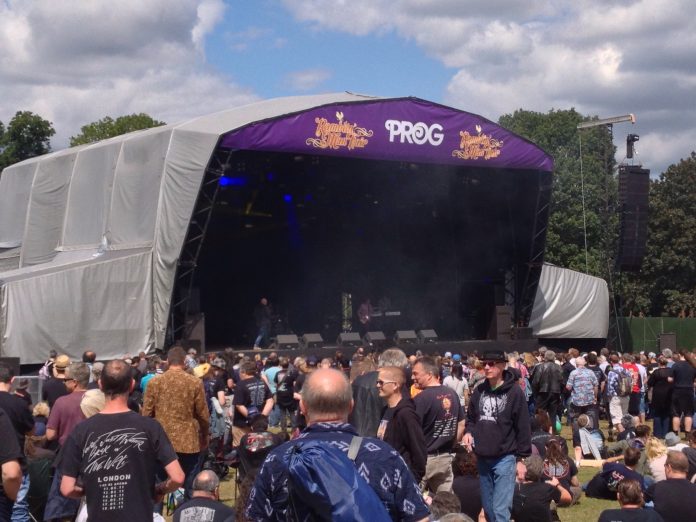 Three songs in half an hour: we are on the Prog Stage now

Self deprecation is a marvellous thing, so when Unto Us singer Huw Lloyd-Jones marches onstage and says “I can’t tell you what a pleasure it is to play to an audience I don’t know personally” it’s fair to say we are on board. In fairness, though, quite a crowd builds up as the South Western mob play their dark, brooding music.

Three songs in half an hour tells you something of the intricate nature here and the twists and turns these things take. “Boy” is just as likely to have wistful piano as crunching guitar, for example.

Sounding not too different from Genesis or Porcupine Tree, there is much to enjoy here.