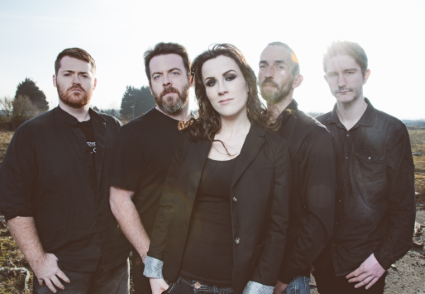 Between Waves re-release their EP this Autumn

South Walesquintet Between Waves ignited in 2013 fueled by their frustration with the lack of diversity in the current UK metal scene. Formed from the ashes of a series of recognised bands, most notably Hondo Maclean, the five-some soon solidified and fleshed out a strong body of songs. Featuring Helen Page (Vocals), Richard Wood (Guitars/Vocals), Lee Wood (Guitars), Andrew Gordon (Bass), and Grant Robinson (Drums), Between Waves are quickly assembling an army of followers attracted by the band’s engaging riffery, mesmerising drum work and impassioned vocals.With an arm full of highly successful UK shows already under their belts, and with the recent support garnered for their debut video ‘Place To Fall’, the band are building momentum and are poised for national attention. 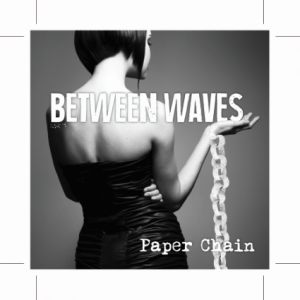 Between Waves now deliver their debut EP ‘Paper Chain’, featuring five killer cuts. The opener and forthcoming single ‘Paper Chain‘ starts it off in fantastic style with its Tool-esque duelling passages and stunningly crunching chorus. Next, the pounding beatings of ‘Revelations’ draws the listener in even further, before the band’s current single ‘Place To Fall’ highlights the metal crew’s guile and deft ability to unleash a captivating hook. ‘Deceiver’ delivers a serious blow to your senses with its stout intensity and hammering beats. And rounding things off, ‘Fathom’ draws the EP to a close in fitting fashion with its impressive use of dynamics and soaring guitar work. Stay tuned as the band plan to tour throughout the UK this Autumn, and check out their Facebook page for updates.
https://www.facebook.com/BetweenWaves