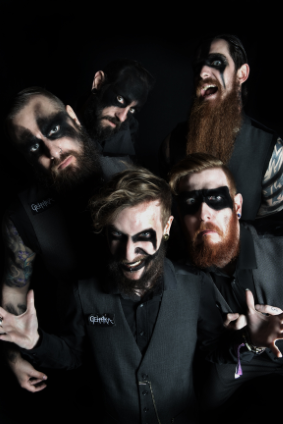 In 2013 MVM saw them win Metal To The Masses, now its a new album

Gehtika have been kicking asses and assaulting the senses with their punishing brand of extreme metal and entertaining live performances for the past four years and it was only a few months back that the outfit announced that they had barricaded themselves behind the doors of Loud Noises Productions in JJM Studios, Walsall UK to track a brand new record with producer Owen Davies.

Ladies and gentlemen, Gehtika have emerged, and with them comes their latest slab of artistic madness. Entitled A Monster In Mourning, the album follows a concept the band had initially explored on single ‘Stack The Pyres’ (which also features on the album).

Vocalist Anthony Knight elaborates, “Myself and guitarist, Scott Allen, were spit-balling some ideas just before we started writing the album and we both loved the sound we’d created with ‘Stack The Pyres’ and the concept of the lyrics… The ideas just kept on coming, and not just for the sound and the concept, but the things we could do with the concept i.e. the book for the limited edition album… which fills the gaps in the story between the tacks. So essentially that one track became the basis for the entire album. We re-recorded ‘Stack The Pyres’ for the album so even those who have heard the single version now have something a bit different to look forward to!”

“‘A Monster In Mourning’ is the title of one of the album tracks and we felt that this song summed up the whole concept of the story. One of the main characters has a fairly monstrous reputation, yet within the lyrics and the story you get to see why he’s become the way he is and even get to see things from his point of view; see that he’s filled with remorse and tormented by his conscience. So naming the album after this track, and with reference to this character in particular, just made sense.” 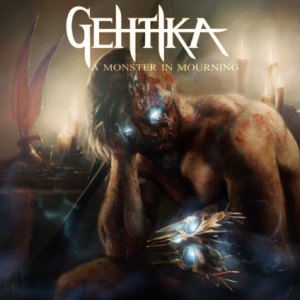 “As we’d agreed that this would be a concept album following a story from start to finish, we had to work quite differently to how we usually would; for a start I had to come up with some ‘working track titles’ to give a feel for each stage/chapter of the story – this helped Scott and Topher in writing riffs that would suit the feel of each track. For example the opening track ‘One Night : Seven Sins’ sets the background events that are responsible for everything else that happens in the story, so this needed to be big and epic, which is especially brought out in Topher’s solos! Then there’s ‘The Massaquerade’ which is about a massacre at a masquerade so it’s lively, bouncy, fast and brutal.

“Despite us setting a bit more of a structure to the writing process, this didn’t limit us in any way and still felt very natural for everyone; it was like getting to write the story and the film score all at once! It was a lot of fun and I think it’ll definitely be a way of writing we’ll revisit in future!”