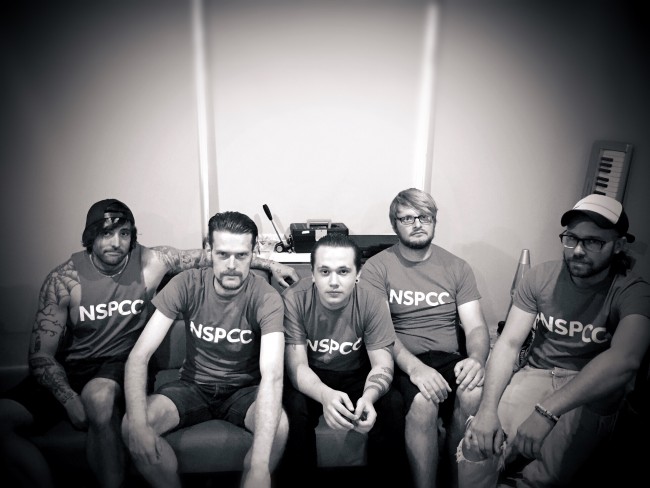 Isle of Wight hardcore mob Dead Town Nothing are pleased to announce that the charity single for the MAKE SOME NOISE Campaign, titled ‘Bully‘ will be released on Friday 31st July 2015 at 12:00pm GMT on CD and digital download.
The band (Thursday July 9th) are currently writing and recording the track, but have given this update from the studio. An accompanying lyric video produced by Alex Burton will also be released, with all funds raised going to the NSPCC to help fight child abuse.

Dead Town Nothing would like to say a massive “Thank you!” to everyone who has helped to spread the word, as well as to those who have donated so far through the Just Giving page or on the bandcamp page. There is still time to get involved, please continue to donate and help fight back against child abuse, pre orders are still live.

Dead Town Nothing comment:
“We are truly overwhelmed by the response we have received from this campaign and we hope people will continue to support now and when the track is released. Thank you to everyone involved behind the scenes and Thank you to all that have supported this so far. Humbled is not the word.”

To Donate for CD: https://www.justgiving.com/deadtownnothingcharitysingle/

‘Bully‘ will be released on July 31st 2015 and available on CD and download from the links. The campaign will run to August 31st so there is still time to donate.

Pre-orders of the download version are now live, or if you choose to donate through Dead Town Nothing’s Just Giving page, you will receive a copy of the single on CD.