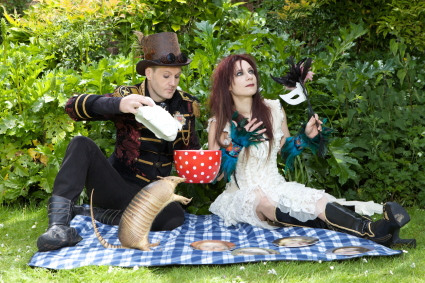 Shes the daughter of a classical pianist. She was the singer in an alternative band. Now shes all about bluesy rock

Doris Brendel, one of the most unique female rock-singers of the last decade, released her 8th album, ‘Upside Down World’, on Sky-Rocket Recordings in April 2015. The daughter of famed classical pianist Alfred Brendel, her distinctive vocals were the driving force behind 1990s alt-rockers The Violet Hour, who were signed to Sony when they released their now revered, classic album ‘The Fire Sermon’ in 1991.

After the highly acclaimed album ‘Not Utopia’ which was released in 2012, Brendel forges ahead with the next chapter, once again reflecting her multi-faceted personality with an eclectic collection of songs popularly described as ‘Progressive Pop’, ‘Upside Down World’ spans pop, rock, prog and acoustic styles, confronting happy and sad topics with a humorous, angst-ridden style, blending them into a cocktail of sound and meaning.

Once again Brendel has collaborated with producer and multi-instrumentalist Lee Dunham, guitarist of rock/metal band Primary Slave, this time using an array of musicians to contribute to the progressive sound while still incorporating Brendel’s distinctive, husky vocals. ‘Upside Down World’ is like diving into an assorted musical chocolate box. Whatever your tastes there will be something here you love, along with a chance to try some new flavours. Original combinations and high quality ingredients that will leave you wanting more of Brendel & Dunham.

Starting with a rock track, ‘The Devil Closed the Door’ is an ACDC pastiche, complete with odd time signatures and tongue in cheek lyrics, ‘Adored’ is a dreamy and atmospheric prog ballad. ‘Slap me and you Die’ another rock rack with a metal break-down and featuring rock/R&B vocals. ‘Accessorise’ is a more electronic modern production blending pop and rock (Blondie), whereas ‘Tumbling Away’ is a catchy and cool track with groove (Massive Attack). ‘A Little Act of Defiance’ is a Brendel progressive signature track, full of angst and dynamics. ‘Upside Down World’ is a simple and uplifting acoustic song; ‘Still Running’ a ballad concerning itself with PTSD and has a military theme. And finally ‘Life is a Mushroom’ is a humorous psychedelic funk track (Deelite). Once again Brendel dares to do what no other does and has created an album of breathtaking versatility.

This album is available on CD, and for the first time on a limited edition vinyl as well. CD and vinyl feature beautiful and atmospheric link tracks not available in download format, as well as showing off the stunning artwork, with the cover designed by surrealist Igor Morski. There is also a special ‘chocolate box’ insert…