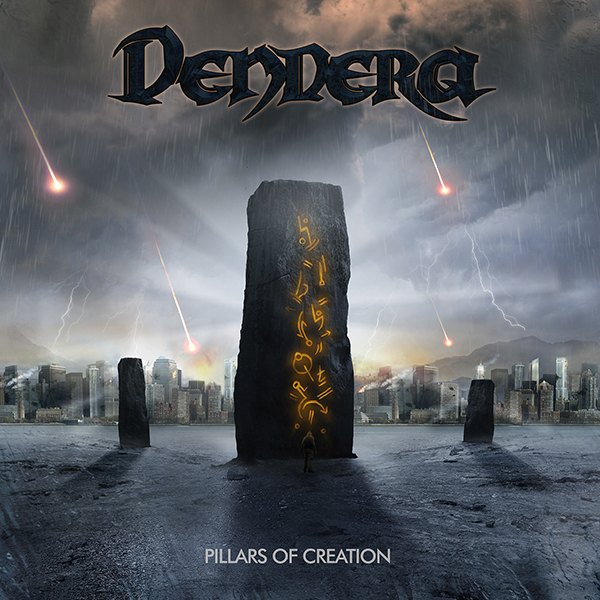 Classic metal given a modern twist

There are many ways to play Heavy Metal. Anyone and everyone reading these pages knows that. But the fact remains, it’s very difficult in this post-modern age to come up with anything totally and completely new. We are, after all, a mighty long way down rock n roll. To continue torturing the Mott The Hoople lyric still further, we’ve left Liverpool docks, been to the Hollywood bowl and come back.

All you can do these days – largely – is take this wonderful and glorious music of ours and put your own stamp on it. And that’s exactly what Dendera have done here.

They borrow from the greats of course – Ashley Edison soars with the best of them on the magnificent “In High Tide” which echoes both Dio and Judas Priest as it goes about its stunning business, but these are songs, and this is an album, that is unmistakably forward looking.

The Portsmouth based five piece, who take their name from a small town in Egypt, have constructed something quite remarkable on this, their second record. Their debut “The Killing Floor” was impressive, as were the live performances that went alongside. “…Creation,” though, is something on another level.

“Disillusioned” is a six and a half minute lesson in controlled aggression, and “The Daylight Ending” ushers in the darkness at a real gallop. This is horns up, hedonism of the highest order. “The Chosen One” is a slamming affair, while “Unholy” almost dares you to take it on.

“….Creation” saves its best for last. The nearly nine minute “Edge Of Tomorrow” takes its time to thump its way home. It is a brilliant way to end the record.

In fact, it’s just a brilliant record all round. Anyone who wishes to understand how to construct a modern heavy metal record that stays true to the roots of the sound would do a lot worse than to start here, because by the great God of Eddie The Head, Dendera have just about nailed it.