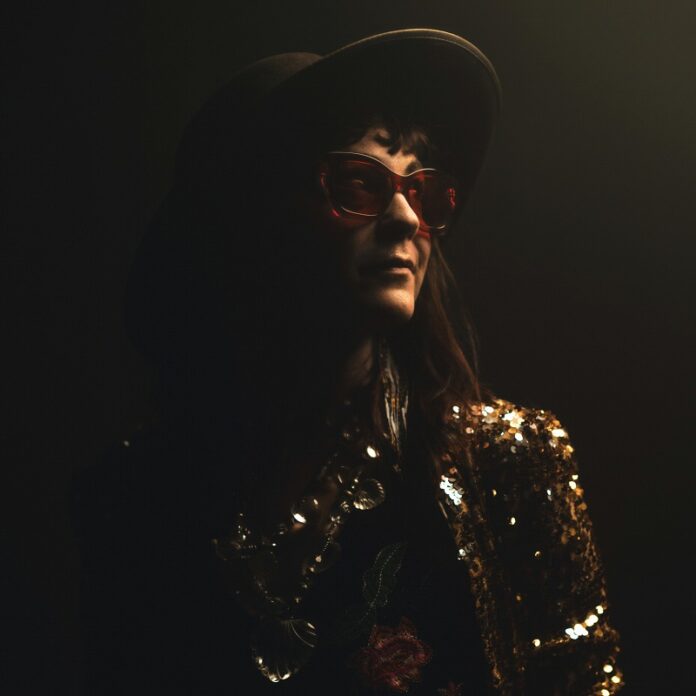 Carter Sampson is pleased to announce the release of the title track from her new album, Gold, due out April 7 via Oklahoma indie Horton Records and available for pre-order here. Americana Highways exclusively premiered the track.

Born and bred in Oklahoma, Carter Sampson is an award-winning singer, songwriter, and performer who shares the essential sounds and heartfelt feelings that have always resonated wholly and entirely from America’s heartland. Her confidence and credibility reside in each of her previous albums, but never more so than in her new offering, the aptly-titled Gold. A set of songs reflecting her continuing passion and purpose for making music that can leave an indelible impression, it finds her once again conveying her inspiration through the music and its messaging.

Co-produced by Carter and her longtime collaborator Kyle Reid, who also engineered and mixed the recording, which Garrett Haines then mastered at Treelady Studios, Gold is due for release on April 7, 2023, via Horton Records. As always, it’s another sterling example of Carter’s ability to combine poignancy and perspective within a varied template, one that incorporates an assured brand of Americana in the form of country, folk, and rootsy rock and roll.

“I started working with Kyle in 2017 when he came to the studio to record some pedal steel on Lucky,” Carter explains. “Shortly after that, we toured internationally as a trio with Jason Scott and became close musical pals. Kyle and I recorded the first five songs of Gold at my house after he brought over a carload of recording equipment and set up shop in my living room. In retrospect, I have to say that I’ve never been so comfortable in a recording situation. After all, I was in my own home, and I didn’t even have to put real pants on. Then covid hit and put a hold on the process. Eventually, my wizard friend set up a socially distant recording studio between his house and a backyard studio with cords and cables running into and out of windows. The second side of the album was entirely recorded in that manner. After a few songs were completed that way, it became clear that we were on the same page and working well together. Aside from a couple of upright bass tracks by Johnny Carlton and one fiddle track by Lane Hawkins, the entire album was recorded by Kyle and me.” The results affirm Carter’s insights and ability and reflect her reputation as a true Queen of Oklahoma, the title she’s rightfully earned through her live performances, exuberant personality, and abundance of expressive offerings.

That dedication and determination are evident on each of the new album’s ten tracks, which run the gamut from a sway and saunter to a decidedly driving delivery. The emphatic urgency expressed in the title track — and the album’s first single — fleshes out her feelings and reflects her assertive stance after being inspired by a conversation with her mother. “I wrote this one after breaking down and having a good cry to my mom,” Carter explains. “She’s always a source of comfort, and afterward, I felt bad for causing her to worry about me. After all, she’s certainly done plenty of that. But, ultimately, I just wanted her to know I’m okay and always will be because I have her support.” So, Mama, don’t you worry about me. I’ll be fine, Carter sings. I won’t be bought; I won’t be sold ’cause you made me out of Gold.

“Black Blizzard” finds Carter sharing a stoic, surging tale of lessons learned from her Oklahoma heritage and the state’s tangled history. The rugged arrangements provide a vivid aural embellishment of a tale flush with trials, tenacity, and resilience, even in the face of the most sobering circumstance. “I come from a long line of Oklahomans and learned about the Dust Bowl in school,” Carter reflects. “However it wasn’t until I read about it as an adult that I realized just how awful it must have been. Kyle’s use of electronic instrumentation perfectly complements the story the song is telling.” The darker strains of “Home” are imbued with contemplation and the conflict between relishing the ability to travel and tour and yet still yearning for a safe space. It was written during a cold spell in the Netherlands, and the opening lines express Carter’s desire to remain a free spirit while also having a place she can call her own. I’m not sure where my heart is, she muses. But I’m starting to find my way home. “I’m thankful to have a nice place to land, but I think my heart is always with me no matter where I go,” she muses. “I know I’ve chosen a different path than many people, but I wouldn’t change a thing.”

A similar sentiment parallels the forthright approach taken with the second single that will precede the album, “Can’t Stop Now.” However, its casual caress and gentle pedal steel guitar embellishment seem at odds with the pandemic’s underlying uncertainty, isolation, and inability to pursue possibilities that were once so well within reach.

“I’m ready to put the covid break in the rearview mirror and get back to doing what I love, which is playing live and touring,” Carter maintains. “As the lyric in “Can’t Stop Me Now” states, I didn’t wanna take a break, I wanna go full steam, I was just getting used to living in a dream. In fact, it’s a dream she’s pursued from a young age, ever since she first became obsessed with making music at the age of 15. Before the pandemic, she typically performed an average of 220 shows annually, clad in her trademark red books and cowboy hat. As a result, she garnered a faithful following of fans and devotees nationwide.

Likewise, she’s reaped any number of prestigious honors — among them, a first-place win in the general category of the Chris Austin Songwriting Contest at Merlefest for her song “Wild Bird”, a fourth-place win at the Telluride Troubadour Contest at the Telluride Bluegrass Festival, a Top 10 Finalist standing at the Rocky Mountain Folks Festival’s Songwriters Showcase, and her ranking as a Top 12 Finalist in the 2012 Mountain Stage NewSong Contest, which resulted in a performance at New York’s Lincoln Center.

At the same time, her previous releases — Fly Over the Moon (2004), Good for the Meantime (2008), Mockingbird Sing (2011), Wilder Side (2016), Christmas From Amsterdam to Oklahoma (2016), her most recent full-length album, Lucky (2018), and the EP Trio (2019) — have each won widespread kudos and reams of critical acclaim. Americana Highways declared, “Each song from Lucky was masterfully rendered, created, and presented with a down-home sentimentality that just warms your heart.”

Elmore Magazine concurred, saying, “Sampson does country music the right way and wears her red boots and big hat proudly.” Blogcritics also agreed. “Permeated by the scrumptious energy of outlaw country, Lucky reflects the drawling resonance missing from most contemporary country music. This is a must-hear album for lovers of genuine country music, the kind that’s simple, charming, and evocative.” To her credit, Carter’s efforts don’t end there. She’s the founder and director of Oklahoma City’s Rock ‘n’ Roll Camp for Girls, which partners with nonprofit organizations to empower girls and women through music education.

Looking back on all she’s accomplished and all she aims to achieve in the future, Carter remains hopeful yet humble.

“I hope the trajectory is more than I can imagine,” she says. “I’m excited for the world to hear the new music and for me to be able to continue touring even more than before.”