ON MY WAY UP THE ROAD 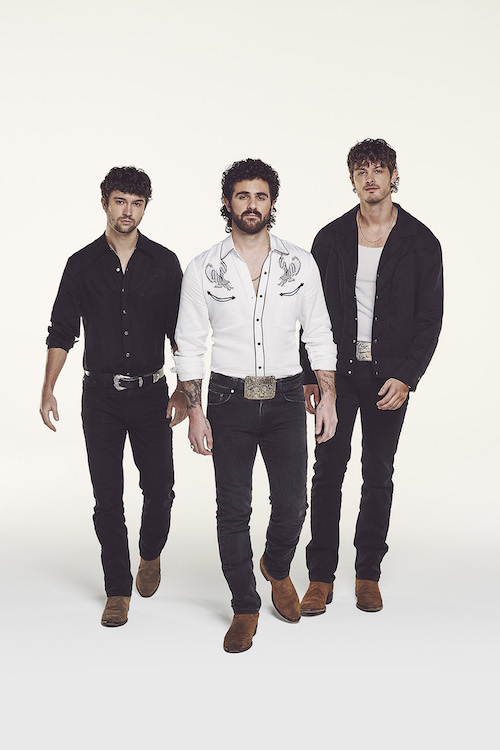 – Rising trio Restless Road (Zach Beeken, Garrett Nichols and Colton Pack) release an uplifting new ballad and visualizer for ‘On My Way‘ today. The deeply personal song was written by Beeken, Nichols and Pack as well as Kyle Clark and Lindsay Rimes and produced by Dann Huff while the visualizer features old footage of the harmony-driven trio as well as them over the past few years on their journey together. The also song received a worldwide first play on The Country Show with Bob Harris on BBC Radio 2 last night.

“‘On My Way’ is a song we wrote as a reminder to ourselves that it’s okay to be a work in progress. It’s okay to not have all of the answers. It’s okay to fail,” says Zach while Garrett echoes, “we want fans to take away that it is perfectly normal to not be perfect, and that it is important to embrace and be true to yourself.”  Colton says of writing the song, “it’s one of the most vulnerable songs we’ve ever written. It helped us through one of the most uncertain times of our life, so we wanted to release this song and we hope that it can help other people too.”

2022 proved to be a successful year for the trio as they embarked on both Kane Brown’s international Drunk or Dreaming Tour and US Blessed & Free Tour as well as their own headline Bar Friends Tour.  Their cumulative career streams reached over 157 million following the release of “Sundown Somewhere,” was named as one of the Opry’s Next Stage Artists and appeared on an episode of ABC’s The Bachelor.

2023 starts with a bang with the band being named as one of Spotify’s Hot Country Artists To Watch and music to roll out all year long. The trio is currently continuing in Europe and the UK with Brown and will play Stagecoach this April.  For more information on touring please visit www.restlessroad.com.