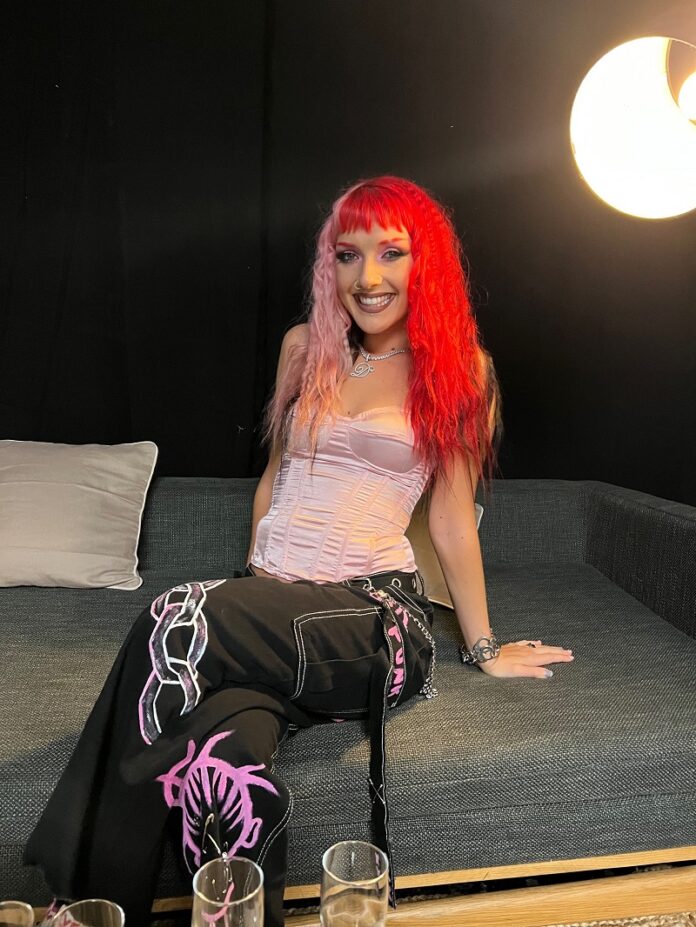 South Yorkshire musician DELILAH BON will appear on the French equivalent of the US Late Show hosted by renowned French actor, director and presenter Alain Chabat.

The 25 year old hip-hop artist was personally invited by the host and flown out to Paris at the end of October to perform WAR ON WOMEN – a track written and produced by Delilah in her home studio – in front of a live TV audience. Her performance will be aired as part of 10 special broadcasts on TF1, the largest TV channel in France, directly following their daily World Cup coverage. The first show will be aired on 21 November and will continue into the beginning of December. The exact date of the broadcast featuring Delilah is to be confirmed.

The Late Show with Alain Chabat has the iconic US décor of a desk, a sofa and a background view of night time Paris. Live music is featured on each show and Delilah Bon is one of 10 special musical  guests invited to perform.

The French TV host discovered Delilah Bon’s music through one of her viral TikTok videos and made contact to bring her onto his show to put the spotlight on emerging artists, alongside bigger and more prominent international artists.

Delilah Bon is an independent musician who writes, performs and produces all her own music, blending hip-hop and rap and nu-metal with a strong feminist stance that underpins all of her work. She recently completed her debut 11 date UK headline tour.

“It’s been such a surreal experience,” Delilah says. “I’ve performed in front of thousands of people over the years at gigs and festivals but performing in front of a live TV audience was a totally different experience. Knowing my performance will be streamed into millions of homes in a few weeks is just incredible; it’s something I have always dreamed of and an amazing opportunity.”

Further information about the series from the Alain Chabat TF1 homepage here:

“The Delilah Bon persona unleashes a whole new level of clever, sarcastic, empathetic, and righteously angry lyrics, offering help to those that need it and a firm middle finger to the rest. The living embodiment of the DIY attitude. As Huggy Bear yelled back in the 90s ‘this is happening without your permission’ …” LOUDER THAN WAR

“We could have dedicated part of this review to all the topics and facets of feminism Delilah tackles on her record but, honestly, what’s the point? We’ll never do it as powerfully as she does, so instead, here’s an instruction: PUT THE ALBUM ON! And know it was made by a boss babe who literally made everything you can see and hear, and know that you’re just as much of a boss babe as she is …” BITTERSWEET PRESS