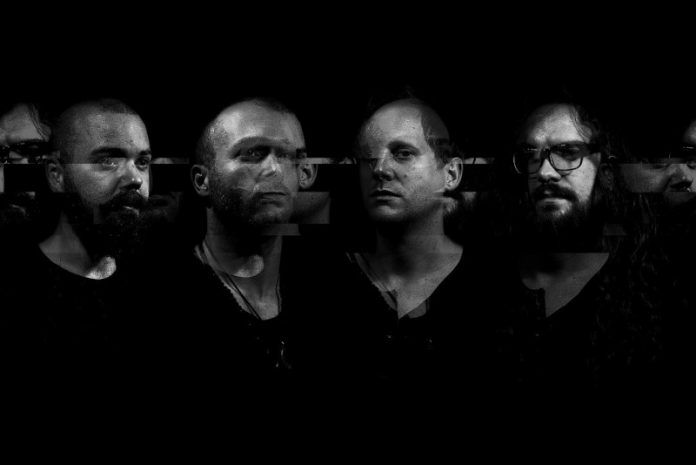 London heaviests talk us through their new one

“The inception of our band was a written manifesto, the contents of which essentially boiled down to one word: intensity,” asserts Andrei, guitarist of London quartet, THE EVER LIVING. “We realised we wanted to be a heavy band, but not necessarily a “metal” band in the traditional sense and we have evolved deliberately with that in mind,” continues bandmate, vocalist and keyboardist Chris; “We use brass, strings and piano; open droning guitars rather than palm-muted chugs, and avoid over-reliance on double kickdrum.” THE EVER LIVING’s self-titled debut EP is most certainly expansive, its five tracks constructed around tidal waves of thick guitars, atmospheric instrumentation and vocals that roar from the murky depths. Here the band give further insight into their forthcoming debut, track by track… 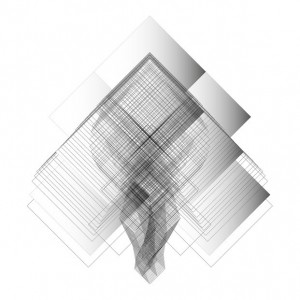 “The agenda for THE EVER LIVING right from the start was to achieve intensity and the EP sets out to do exactly that.  All of the songs you hear on the EP were shaped initially by Chris (vocals and keys) and Andrei (guitars) passing back and forth demo projects over the internet and by working on them remotely to add their ideas and build up the layers.  The EP is a product of its time since it would genuinely not have been possible to write in this manner when we first started out in bands a decade or so ago.  The freedom to work on the music whenever the mood took hold, rather than the forced creativity-on-demand approach of a rehearsal-room writing process has seen us get the best out of each other and the songs.

Ross (drums) and Mark (bass) complete the line-up and were drafted in with just enough time to make their contributions and learn the songs for the already-booked recording session at Bandit Studios with Jonny Renshaw (of Devil Sold His Soul).  His work on Devil’s Empire Of Light was what caught our attention and that he knows how to apply atmospherics and keys in the context of heavy music was a significant part of the attraction.  Guitar-wise, Andrei had settled on a handful of complementary tones, the idea being to apply a separate sound for each distinct layer and pan them independently to achieve a cohesive wall of noise.  Jonny allowed him to achieve this vision with surprisingly little compromise.  We even finished tracking a couple of days early!

The five tracks on this EP are actually the first five tracks we wrote and each serves a specific purpose.  Stung was the last track we started and was always designed to be the opener and the first track we would release and that people would hear.  The other four already included all of the different elements that we wanted to portray but we needed a track that pulled it all together.

Although not the most accessible song on the EP, it defines the sound on the release and has a retro-futuristic feel that Chris brought from his bank of synth sounds.  Everyone contributed great ideas to this track and Ross’s drum pattern completely transformed the chorus from the stagnant programmed drums on the original demo.

It is a statement of intent; the idea being everything all at once, with Andrei’s avalanche of guitars and Chris’s vocals coming in straight off the bat, however the EP version is extended with a beautiful, brooding intro which you don’t hear on the pre-release audio.

The first track we wrote and one of the best results to come out of the studio.  We knew we were onto something when we had this one written within a week of the inception of the band and in a way it defined the parameters of everything that followed.  Between then and now, it has changed very little which demonstrates Chris and Andrei’s shared vision for the band.

The most significant process that came out of the writing of Separated was in creating the sounds that would be used throughout the EP.  The keyboard intro was written using an analogue Korg (the only other analogue keyboard part on the EP appears on Geometric).  Chris then switched to midi and created a bank of sounds which over time he somewhat obsessively honed towards how you hear them now. You can end up using too many different tones with what’s available these days so by deliberately restricting those used on the EP to just a handful, we achieved a coherent sound from song to song which we saw as being important whilst we are establishing our identity.  Watch out for this one live; it’s just a meaty beast of a song!

Andrei had all the guitar parts written a few years ago as an acoustic progression but it needed the TEL treatment and Chris’s keys helped create the intensity and atmosphere it craved.  He transcribed what was originally a guitar part to piano and added a few more layers of atmospherics.  Once again, it relies on lots of simple parts coming together to create a complex sound, and the delicate arrangement that builds throughout the course of the track is the key to capturing the intensity we were after.

We had the idea that what should follow would be a heavier counterpart with vocals and a more traditional song-structure, however don’t make the mistake of assuming that this is merely the introduction to End Of Red II; there is far more going on than first meets the ear and it most definitely stands up by itself.

It’s a vital track in the sequence, not only to give the EP some extra dynamics but as an indicator of what else you might expect from us.  It certainly shows more of a post-rock side that we might want to explore in the future.

Easily the most brutal and technically challenging track on the EP, this angry converse to its reflective prequel began as a “riff-dump” from Andrei and was by far the hardest to arrange and settle on.

For a long time it was a lot faster (blast-beat fast!) but once we got the “metal” out of our system, we realised that we were much better suited to a more down-tempo sound.  It went through many revisions thereafter and we were still making fundamental changes up to a week before we went into the studio.  Because of the change in pace, Chris even had to scrap his original lyrics; starting them from scratch and slowing his patterns down to match his approach on the other tracks.

It was also the one that altered the most whilst recording, but the struggle was worth it.  They say that nothing that is worthwhile is ever easy, but we would definitely think twice about writing another one in the same way.  What’s interesting about it is that it is completely different to End Of Red I despite so many of the parts being the same.  It’s just a bigger, meaner sibling.

Chris really wanted to write a heavy and intense track that was keyboard-driven and used a constant drumbeat throughout rather than the guitars being the focus.  When Andrei first received the arrangement he was totally disorientated (not that he would admit it now), but Chris’s vision was clear despite having no idea of the genre we were now working within.

After deciphering the mass of throbbing and swelling synths and getting used to the idea that they should be doing all the talking, the layering of the guitars became totally intuitive and the huge, industrial bass-riff just fell off the strings.  Up until recording we kept questioning whether we should take a more traditional approach to the drums but we’re glad we stuck to our guns.

This song and Separated defined our sound in the early stages and in particular Andrei’s approach to the guitar style.  Once we had this one in the bag, the other compositions were revisited to achieve sonic consistency across the EP.  It shows we are not afraid to take a few risks along the way; it’s unconventional, hypnotic and heavy and it’s the perfect closer, except it feels like that riff could go on forever…