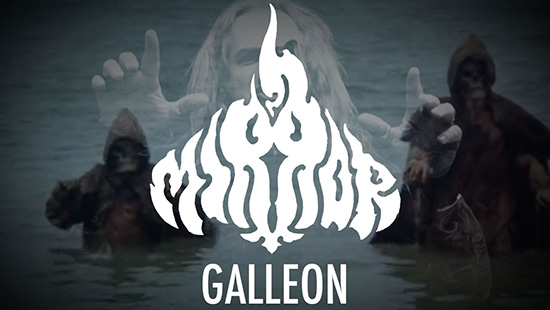 MIRROR has launched a new video for the track occult heavy ‘Galleon‘, which is taken from their recently released self-titled debut.

The musical brainchild of bassist Tas Danazoglou (Satan’s Wrath, ex-Electric Wizard) MIRROR‘s collection of cult crypt-kickers and mighty conjurings bears all the hallmarks of an instant classic. A chance meeting with respected producer (Ghost, Cathedral, Paradise Lost) and accomplished drummer Jaime Gomez Arellano led to the pair hitting on a shared vision of a classically aligned outfit that drew inspiration from the epic amplified landscapes of lore and legend whilst avoiding the lure of mere tribute, rather reinventing the sound and fury they loved anew. They were soon joined by Satan’s Wrath axeman Stamos K, and their fate further sealed by the arrival of the mightily operatic tenor of vocalist Jimmy Mavromatis, before the ouroborus was completed with the arrival of Los Angeles-based guitarist Matt Olivo (Repulsion). Together as MIRROR they deliver a thunderously resonant salvo of metal magnificence.

This April, MIRROR will support Repulsion at select dates in the UK. In regards to these special performances, Tas Danazoglou comments: “We are very excited to play two shows supporting Repulsion. We will deliver pure, relentless heavy metal and hopefully many more shows will follow.”