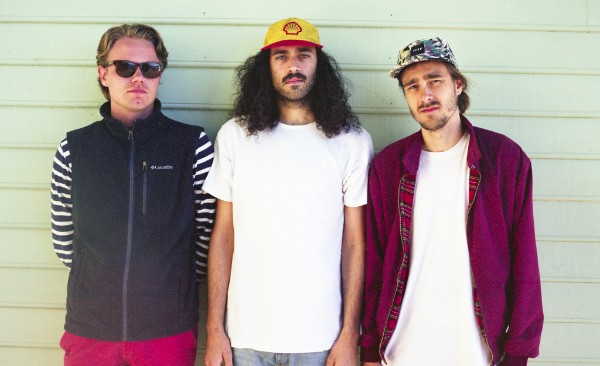 Acid-drenched ‘Secrets’ follows back-to-back singles ‘Love Her’ and ‘Diamonds’; preceded by nonchalant debut cut ‘The Blind’ – an effort applauded in native Norway, resulting in a legendary sold out debut concert in one of Bergen’s most popular music venues and landing the band in multiple “Ones To Watch 2016” lists.

“Secrets is about the feeling you get when you can’t get what you want, and being unable to tell anyone about it,” explains vocalist and guitarist Even Kjelby. “Sometimes it’s just really unfair. It builds up inside, and it becomes a part of you. A young, naive mind being coloured by different events, good or bad,” he says.

Great News – also consisting Ole Einarsen (bass) and Lars Platou (drums) – formed on a kindred whim of playing as many gigs as possible, “cause that’s what they love”; most recently, sharing the stage with Unknown Mortal Orchestra.  The band is currently working on their debut album, which is slated for release Autumn 2016.

Secrets’ is out now via London-based singles
club 0E0E; available on iTunes and Spotify.