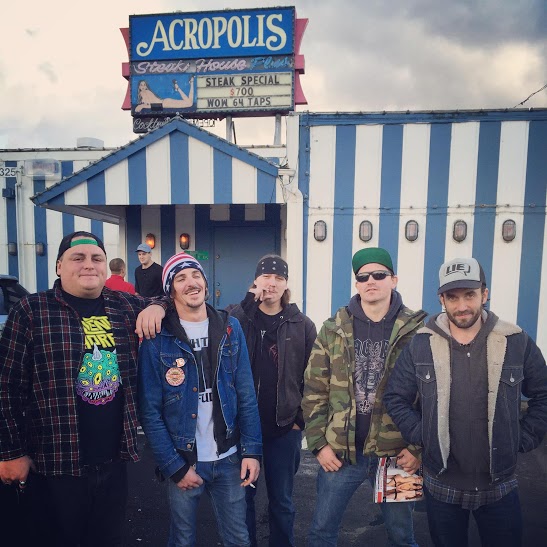 MF Ruckus doesn’t try to reinvent the wheel, but what they do is steal its hubcaps on “Thieves of Thunder”.

Motherfucking Ruckus or MF Ruckus for use in polite company, is a true Rock n Roll band. Period. They see little use for sub genres as they are often synonymous with pigeonholes.

Instead, MF Ruckus emulates and assimilates the skills and attributes of Rock’s greatest warriors, using them as weapons of domination in the arena of songwriting and lives performance . On their latest album, “Thieves of Thunder”, the band say there are elements derived from Thin Lizzy, Rose Tattoo, Iron Maiden, Motörhead, Valient Thorr, Turbonegro, Dio and Murphy’s Law.

Thieves Of Thunder tracklisting:
1. Theives of Thunder
2. Coffin Built for Two
3. Hall of Champions
4. You Aint Nothin’ Special
5. Talk All Day (Don’t Say Shit)
6. Don’t Make Me Hurt You
7. Tastes Like Bleach
8. Halfway to the Halfway House
9. We Don’t Party
10. Ridin’
11. Gasoline (For My Party Machine)
12. Jesus Hellraiser Christ
13. All My Heroes Are in Hell
14. Satanotron Rising
15. Cheatin’ Up