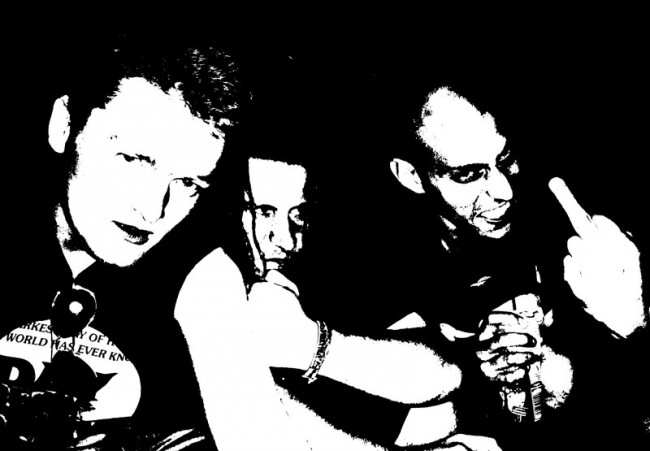 ….Or a low point in Punk history? Thats Disafago

The band have been dividing opinion with their raw, uncompromising sound – with NUCLEAR WAR NOW! declaring them ‘the low point in extreme music history’ while ZERO TOLERANCE MAGAZINE awarded them ‘self-release of the issue’ and spoke of their ‘all-guns-blazing’ attitude, drawing comparisons to GG Allin, Dead Kennedys, Judas Priest, Celtic Frost, Sarcofago and Discharge.

Check out Disfago now and see which side of the fence you’re on – because there is no middle ground with this band!

Disfago were put together by a trio of hardened veterans of the UK’s underground extreme metal scene, who decided to take a stand against conformity and convention. Tired of the unwritten rules of metal and punk these three warriors have unleashed the sound of lawless, alcohol fuelled rage. Totally unconcerned with outside opinion, this is the sound of wanton rebellion.

Disfago have plenty to say about the current state of extreme music.