Keep Your Eye On The Baal 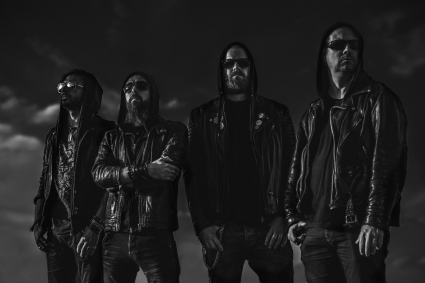 In their 15 year career this French death metal coven have shared the stage with the likes of Watain, now they are back

In their over 15 years-long career, marked by four full-lengths and numerous split releases, the highly respected French coven TEMPLE OF BAAL have evolved from a primitive Black/Thrash outfit into a monstrous Black/Death Metal entity of epic dimensions. “Mysterium”, the band’s fifth album, dwells on the topics of spirituality and religiosity, and reflects them in the music, allowing the atmospheres to develop through songs of epic proportions. While the group’s black metal roots are back in full force, the album covers a wide musical spectrum, from slower ritualistic parts, to furious blasts, thrashy riffs and surprisingly melodic choirs.

The recording of “Mysterium” took place in Hybreed Studios with long-time sound engineer, Andrew Guillotin (Glorior Belli, Mourning Dawn), who managed to capture the band’s trademark massive sounding, magnifying it through a warm and organic production. Cover artwork and layout have been prepared by David Fitt (Aosoth, Secrets of the Moon, Svart Crown) and Maria Yakhnenko. 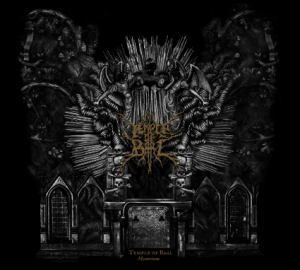 The band’s last album, “Verses Of Fire” (2013), was acclaimed worldwide as a milestone in the group’s career, allowing TEMPLE OF BAAL to perform at notable festivals such as Hellfest, Motocultor,Summer Breeze, Kings Of Black Metal and Speyer Grey Mass. The formation also played selected shows in France, Finland, Germany, Switzerland and Austria, sharing the stage with the likes of Watain and Antaeus.

TEMPLE OF BAAL is recommended for fans of Mayhem, Behemoth,Watain, Destroyer 666 and similar.

Previous article
Echo Machine
Next article
The Self Release Of The Year….