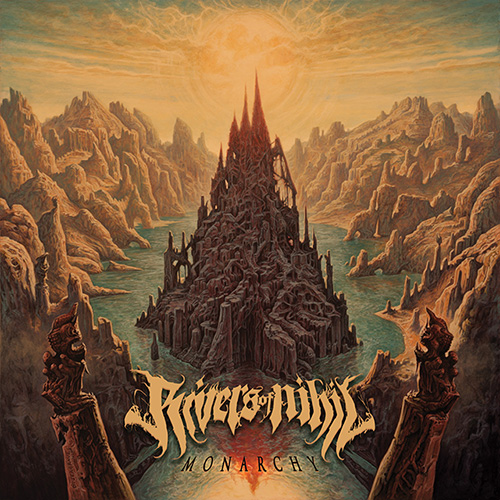 New album is out now

RIVERS OF NIHIL have released their sophomore album “Monarchy” via Metal Blade Records. Fans can purchase the album, which No Clean Singing calls “…a pinnacle of the band’s union of atmospheric and progressive aims” on iTunes, Amazon, Google Play, Bandcamp or directly from Metal Blade Records. European fans can order their copy HERE.

This week, the band played a special album release show in Brooklyn, NY at Saint Vitus. Fans were treated to songs from “Monarchy” as well as classic tracks from the band’s debut. A full North American tour will be announced soon.