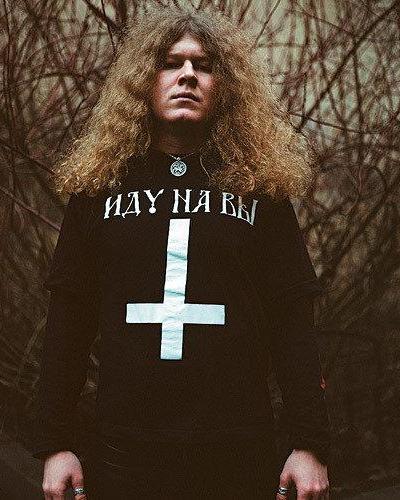 Russian black metal on the tragedy of Russian peasants …..only on MVM…..

The author and the only one constant member of the project is Vladimir. The lyrical part of Sivyj Yar is based on Slavonic mythology and poetry. Their first album for Avantgarde Music was released in October 2014 (“From the Dead Villages’ Darkness”) and was a success over expectations. Now, „Burial Shroud“ closes the trilogy that started with the 2011’s album “The Dawns Were Drifted As Before”.

The leitmotif, same as in the previous album, is the tragedy of Russian peasantry – the main carrier of traditional values.

“These are the songs about those who have gone into oblivion, the memories of whom has been lost”.
Sivyj Yar have released 5 full length albums since 2009