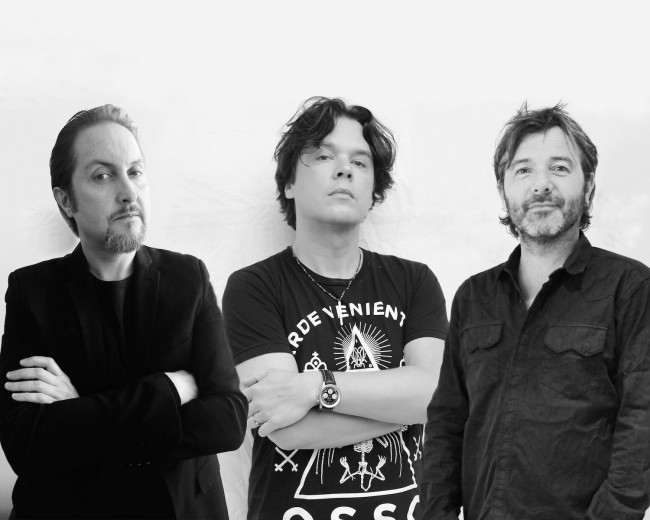 They’ve played with everybody from Billy Idol and Steve Hackett to Robbie Williams, now the three piece are all together

New three-piece This Oceanic Feeling, fronted by prominent singer/songwriter and producer Chris Braide, has announced the release of their debut album Universal Mind on 17th July 2015 through Cherry Red Records.

Chris and drummer Ash Soan had developed a strong musical connection as founder members of The Producers with Trevor Horn, before Braide moved to the US in 2009. When they linked up again, the old chemistry was still there and the idea of forming a new band immediately took shape.

The muse was swiftly awakened and an album’s worth of new songs came to life, the lyrics facing the unresolved dualism between fake and real self and their eternal fight for dominance. “It’s a positive album, one that I’m proud of and one that I had to make” – says Braide enthusiastically.

Outstanding bassist Lee Pomeroy was called to join Chris and Ash in their distinctive creative venture and This Oceanic Feeling was born. Braide compares the album’s sound to ‘The Police or YES 90125 era, big shiny new wave pop music with rock trousers on and occasionally prog sandals!’

The 12 songs on Universal Mind , according to the band: “Feature some of the most rich, dynamic musicianship of 2015. In times of self-obsession, virtual personas and overpowering ego, the thought-provoking lyrics are bound to strike a chord with the more conscious listener.”