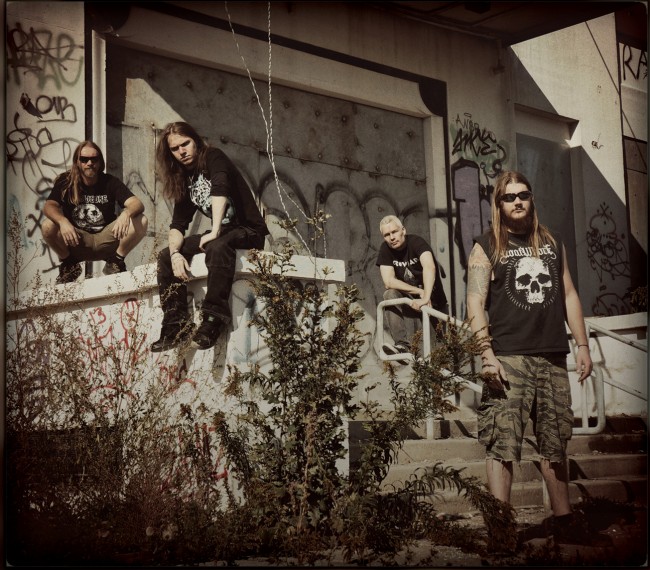 FRAGILE EXISTENCE‘s “Cataclysms and Beginnings ” is a welcome addition to this year’s bevy of Death Metal releases. And it’s all due to a band that understands how to write a Death Metal album that keeps one’s interest from start to finish, based on memorable song structures, and melts faces thanks to the incendiary instrumentation. Canada’s FRAGILE EXISTENCE is the new breed of extreme music. Predatory in spirit and sound, fueled by raw aggression and unwavering determination. With vocals ranging from guttural roars to ethereal shrieks, complex cascading guitar solos are anchored by hammering, vicious drumming.
Featuring 10 brand new songs, the album is a testament to the chemistry of the lineup and the maturity of the band. Now the year 2015 bears witness the release of the album as well as the re-emergence of FRAGILE EXISTENCE as a force to be reckoned with in the Worldwide Death Metal scene.