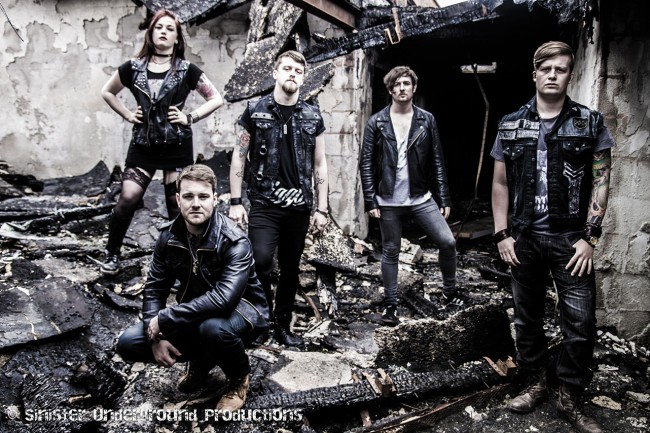 The hotly tiped Northerners reckon they’ll grab you by the balls – and give ’em a little twist. Eeek.

Hailing from Warrington/Manchester, this five piece band are purveyors of some of the finest hard rock this side of the Atlantic. Producing an amazing self-titled EP which received an under the radar release in late 2014, One Last Run brought forward riffs and melodies that have been compared to likes of Alter Bridge, Halestorm and Shinedown.

Their inception came as a natural progression, starting out from light hearted jam sessions between long standing friends Jack (Guitar), Rob (Guitar) & Chris (Bass), with Dan (Drums) being recommended as a great fit to the sounds they were experimenting with. The final addition of the One Last Run armada was Becky (Lead Vocals), who was spotted by Chris while she was singing for another band. With all the pieces assembled, One Last Run became a reality. That was the Autumn of 2013.

With a sound that came naturally to the newly formed band, the songs flowed forth and their eponymous debut EP “One Last Run” was born.

Pulling forward to 2015, the first track of a full length (as yet untitled) album has been recorded and is set to be unveiled on the world really soon, with the full album recording following later in the year & to be released early 2016.

Ramping up the quality and song writing ability even further, One Last Runs new track is called “Tell Me” and was recorded at Innersound Studios under the expert production skills of Joe Graves (Asking Alexandria, Yashin, The Family Ruin and Glamour of the Kill).