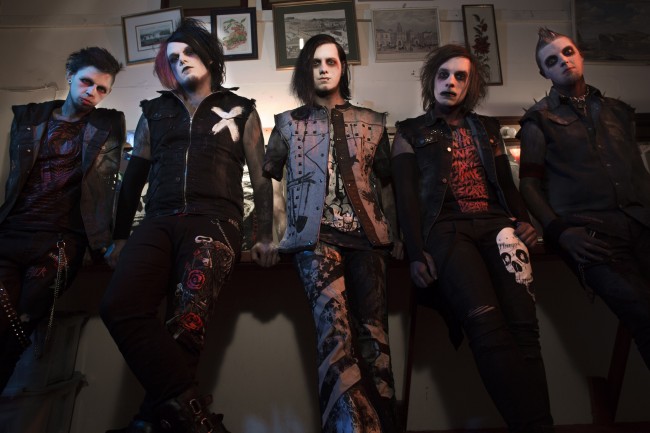 The Dead XIII release new one

They’ve just completed a hugely successful stint alongside Ashestoangels and Farewell, My Love on The British Horror Story Tour which culminated in a featured 5K review in last week’s Kerrang Magazine. This part week marks the next step Manchester’s finest horror metal quintet The Dead XIII as they are celebrating the release of their debut album Catacombs.

The album features the hit songs Frostbite, the title track Catacombs and XIII – with it’s anthemic call of “Thirteen ways to die!” which would sit well anywhere from a rock club to a horror festival. Catacombs combines the best aspects of the band’s influences like The Misfits and The Murderdolls and wraps them up with a whiskey soaked, modern Mancunian twist.

The Dead XIII are:

The Dead XIII can be found online at the following locations: