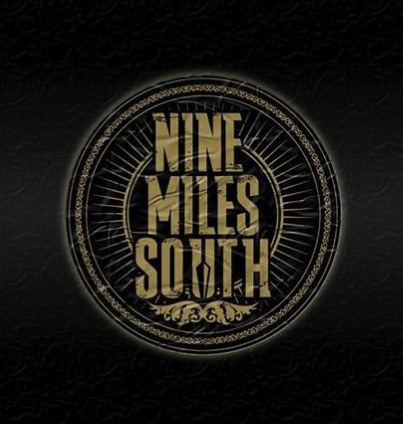 This year’s Temperance Movement? Southern country rock par excellence and with a dark heart too


Denmark, it has to be said, knows how to create decent music. But even if you asked Nine Miles South singer Seb Mikkelson he’d probably say that his homeland isn’t exactly renowned for bluesy, country rock.

The story goes that Seb formed Nine Miles South when he moved to Surrey, but frankly, one listen to this debut three-tracker and you won’t give where they are from a seconds thought. You will merely be sitting there agog at how good it is.

The trio of songs begins with “The Reckoning” – the band’s first video – borrows from everyone from Creedence to The Screaming Trees as it does its business. And, yeah, we know what you are thinking: “oh, another retro band…..” Well, kinda. This is different, though. Not only is it incredibly polished, it’s also barely hiding it’s dark heart: “everything I ever did before? Well I lied.” Croons Seb at one point in “The Reckoning” and reaches a mighty fine crescendo too.

“Leave Me Be” is perhaps the pick of the three. Again, it’s the darkness. Lines like “I’m not a man, but a ghost of one instead” betray some real songwriting, and “Fingernails” is the heaviest and most grandiose thing on view. Having a look at delta blues, then taking itself to become a straight ahead rock song – and a mighty fine one at that, but just in case you thought they’d written your normal song, on this they “will see you dead and I will see you burn in hell.”

The question of whether they can follow it up rears its head, of course and you hesitate to crown country rock’s new kings based on three songs. But so good is this that you wouldn’t bet against it. If they can, then Nine Miles South are going a very long way.