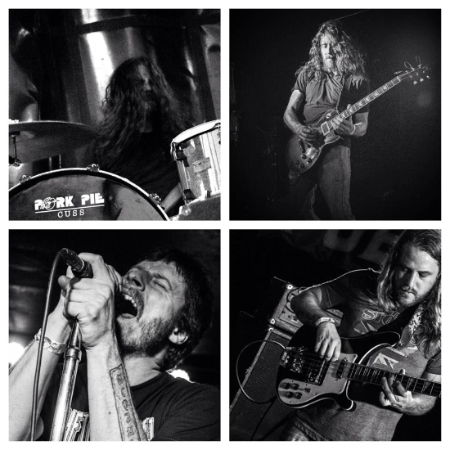 The daring new release was filmed and recorded at the Freak Valley Festival in Germany last year; an event that has proven to be a veritable showcase and ‘Who’s Who’ in the brave new world of upcoming psychedelic and heavy stoner-rock bands. The set features Ape Machine’s blistering hour-long performance in front of a sold-out festival crowd and serves up proof that the band lives up to their reputation of captivating and commanding live audiences.