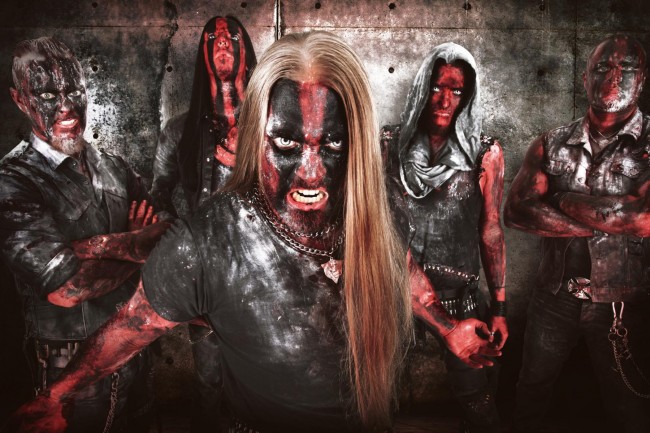 Relentless and controversial:  These are just some of the traits used to describe the five wolves of VARG who have just signed a worldwide deal with Napalm Records!

Since their founding in 2005 in Coburg, Germany, the band has made quite an astonishing career for themselves.   They have released four full-length albums, which all had chart entries in Germany and Austria.  The band has toured relentless throughout their career including several North American tours.  All of which has made VARG an internationally recognized sensation.

These Germans hit the listener right where it hurts with their intense lyrics and modern Viking metal sounds.  While the music is quite rich in variety, VARG has always made a conscious effort to stay true to themselves and their influences.

VARG on the signing with Napalm Records:
“We are happy to announce NAPALM RECORDS as a strong and loyal partner on our side.  NAPALM RECORDS is one of the most important metal labels worldwide.  This partnership is nothing less than an unstoppable weapon! ATTENTION! The Wolves are coming!“

The wolves are roaming once again and are set to release their brand new album Das Ende aller Lügen on Napalm Records.

If you are in Europe do not miss your chance to see the power that is VARG live: