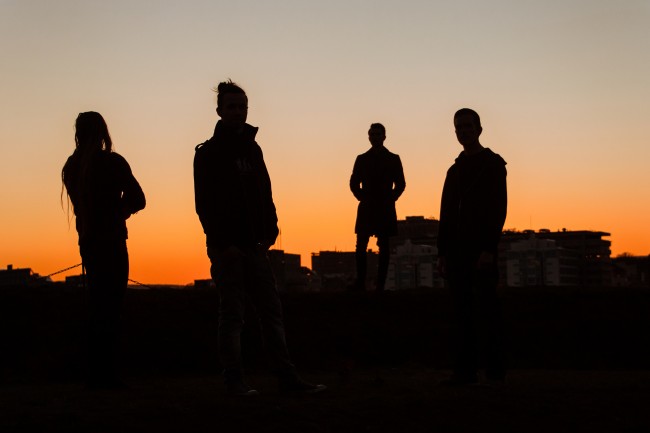 Dystopia Nå is an Atmospheric Avant-Garde Black/Doom Metal band hailing Oslo, Norway. This band is reffered as a “force of muttered urban despair and displacement which reveals itself through a manifold of various musical aspects and creativity.”

Debut album “Syklus” was released in 2011 on Avantgarde Music, and we are now fully ready to witness, with a new release, their stunning evolution as a band, having become their sound very mature, arranged and sophisticated, although never missing the atmospheric/moody character from their debut.

“Syklus” was possibly roughly perceived as an atmospheric/depressive black meal album, but the seeds they sowed in that have flowered now,, listening to their sophomore recording, “Dweller On The Threshold.”