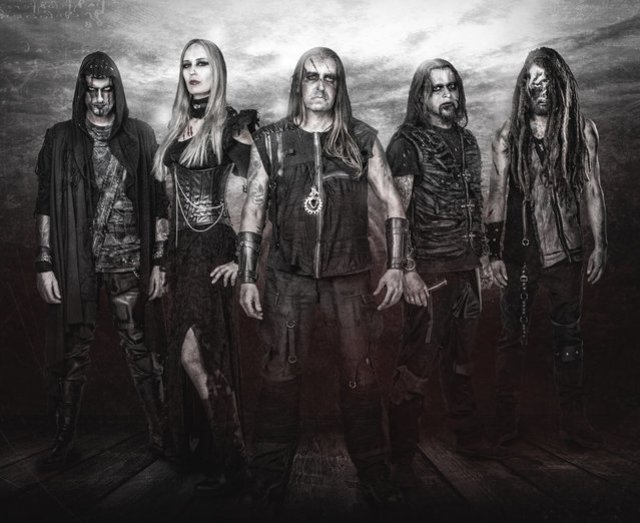 Epic death/black metallers BLEEDING GODS are set to release their first album Dodekathlon via Nuclear Blast on Jan 12th, 2018. In support of the forthcoming album, the band have started rolling out a series of trailers covering the making of, amongst other things.

Today guitarist and the founding member of the band, Ramon Ploeg, discusses the artwork for the album and how it all came about, in keeping with the album concept:

Dodekathlon is comprised of twelve tracks which each represent the twelve labours of Hercules under the rule of his cousin and king, Eurystheus. He was tasked with performing these labours for twelve years as a penance for his terrible actions and in return, he was rewarded with immortality. Each of the tracks on the album tells a part of this story.

The album was recorded at Pitch Note Productions and Hal 5 Studio; mixed and mastered at Soundlodge Studio. The cover artwork was created by Dimitris Tzortzis from Immensa Artis.