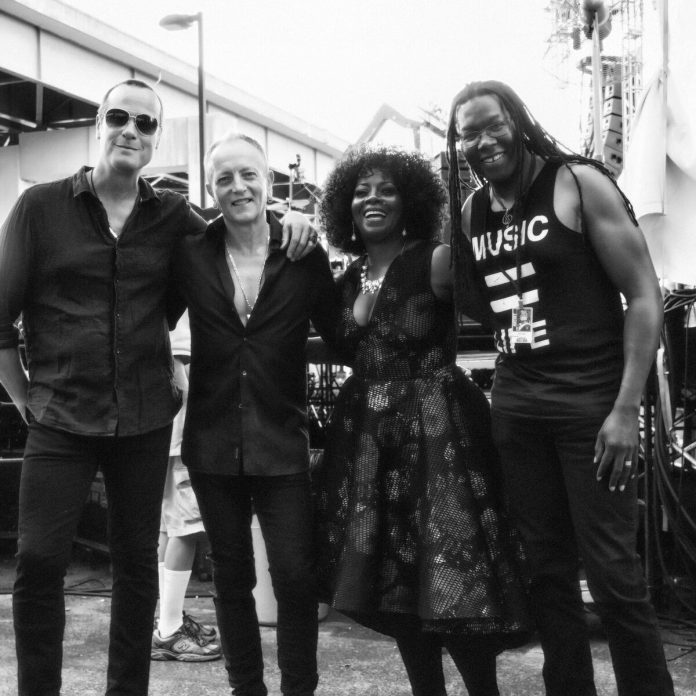 Delta Deep are pleased to announce the release of brand new live album “East Coast Live” out on 26thJanuary 2018, via Frontiers Records S.r.l. The band also announced the reissue of self-titled album “Delta Deep” on the same day – the album was originally released in 2015.

Phil Collen, lead guitarist of British rock band Def Leppard & alternative roots/rock band Manraze, started Delta Deep as an extreme blues project. The band has been likened to “Aretha Franklin & Chaka Khan performing with Led Zeppelin”. Phil’s love and appreciation for the blues since childhood enabled him to move forward quickly with the band’s inception in 2012.

“Blues was created out of something completely different from what we hear today. I grew up listening to rock music but then I found out it was all based on blues. Jimmy Page, Hendrix, all of those guys-they got it from blues. Today’s musicians miss out on what blues is completely about. There’s a type of ‘blues style’ but not actual blues music. I just don’t hear true blues anymore unless I go back and listen to really old music.” – Phil Collen

The DVD portion of this live CD/DVD was filmed at Daryl’s House (ie. Daryl Hall of Hall & Oates Fame) in April 2016.

Previous article
Hold The Loathing
Next article
The Art Of Gods