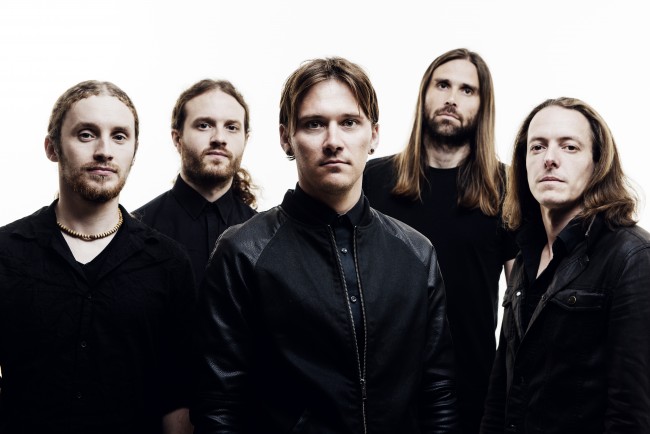 With a huge run of tour dates across the U.S and Canada later this year, TesseracT have announced that they will return to Europe in early 2016.  TesseracT’s Amos Williams comments:

‘Yes! Touring Europe is always so much fun for us, as we love to experience all the different cultures and curiosities; and within Europe there are so many. We’ve been lucky enough to have been on some great EU tours recently, notably with PTH last year, and then with AAL early this year. These introduced us to some of the most vocal and passionate crowds we have ever experienced. So, it’s such a joy to return with our new album, Polaris, and to extend the Polaris North American run with The Contortionist throughout the EU. We really feel like things have stepped up a gear, some of these venues are fantastic. For example Koko in London, Academy 2 in Manchester, and The Garage in Glasgow are all venues we have recently supported bands in. Now after traversing the globe, to return home to headline those wonderful venues, and with an awesome band like The Contortionist as main support, will make the Polaris EU 2016 tour very special to us indeed.’

The band will be joined by The Contortionist on all these shows, with guitarist Mike Lessard stating:

‘Getting the chance to return to Europe is something we have been looking forward to for some time. We’re thrilled to be able to make the trip back, and to do so with TesseracT makes the announcement that much more exciting!’ 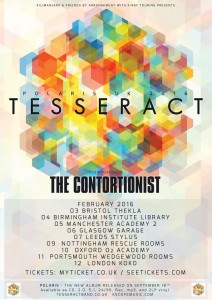 Tickets will go on sale on Wednesday August 26th from 9am via – www.tesseractband.co.uk for details and VIP upgrades including band meet and greet options are available for all shows here: goo.gl/QO8cGO

TesseracT are set to release an all new LP titled POLARIS, on September 18, 2015 via their UK label home Kscope