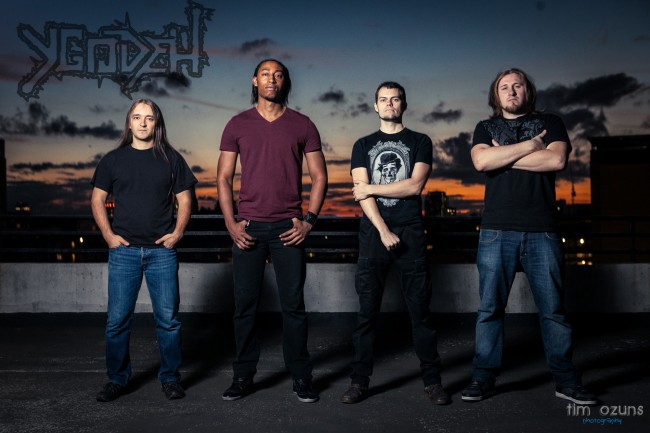 The London band with the unpronounceable name, reckon they’ve invented a new genre

In summer 2014 and the creation of their highly anticipated third album. An album which, upon release, immediately granted them a slot in one of London’s most infamous underground showcases.

To put it simply, this album has raised the bar and changed the game for all upcoming and current metal bands cementing Ygodeh as a force to be reckoned with in the underground scene and only time will tell when they take this intelligent creation on European soil in the fall of 2014.

The bands commented to MVM: “You have been warned. This death metal for your brain is infectious and spreading very, very fast.”

Much like its name, Ygodeh’s sound is extremely enigmatic. Whilst incorporating different genres of metal it seamlessly flows unpredictably into something unique, mesmerising and unforgettable. The band say: “This is synthetic death metal for your brain!”