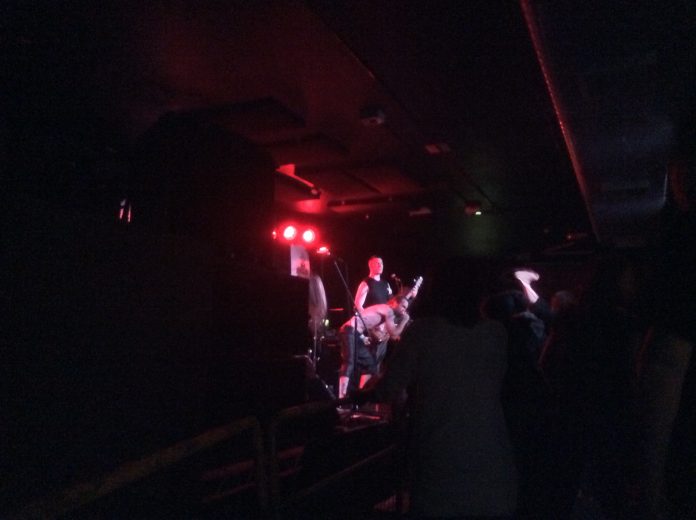 Midlands metal gets together for its Springtime party – live updates to come. Here’s Hostile.

3-15 in the afternoon is a difficult time to kick like an angry donkey, but such things have never bothered Hostile too much. From the first time MVM clapped eyes on them – supporting Hatebreed years ago – they’ve been a boot to a tender spot and screaming “I don’t give a fuck” while they are about it.

The local lads have had a bit of a turbulent history since those days, but even now they can still smash out a mighty groove and when singer James Mills says he expects “some energy from you,” he does so in a way that appears like he means it. The band take the opportunity to play some new stuff and “The All Seeing Lie” in particular is a lesson in controlled aggression. The invitation to “headbang your balls off” is readily taken up too, while “Lambs To The Slaughter” is positively covered in all kids of menace.

The medley of “Angel Of Death” and “Walk” sums the band up perfectly. The outright destruction of the former, the latter’s eye for groove. And when they end with “Hostile” there’s the thought that, line up’s, well, they come and go, but some things never change. Job very much done.