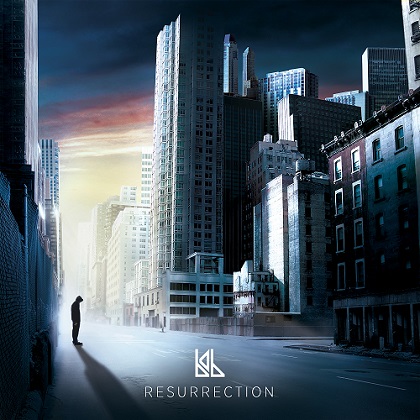 Around two years after the release of its debut EP, ‘Feel alright’, French alternative Nu-metal outfitBlunderbuss just premiered its brand new single “Last day before resurrection” announcing an EP called ‘Resurrection’ coming out on CD and digital on April 19th 2016. In addition to the sound, the band also unveiled the artwork of the EP available below.

Born around the year 2011 in Paris area (France), Blunderbuss is a five-piece band playing a Nu-Metal revival music, influenced by pioneers such as Limp Bizkit and RATM or metalcore bands like Avenged Sevenfold or Trivium. After a debut EP in 2014 (‘Feel alright’) the band played a bunch of gigs, worked hard to get back in studio in order to record a more professional effort called ‘Resurrection’ and awaited for a release on spring 2016.
Bandcamp | Facebook | YouTube