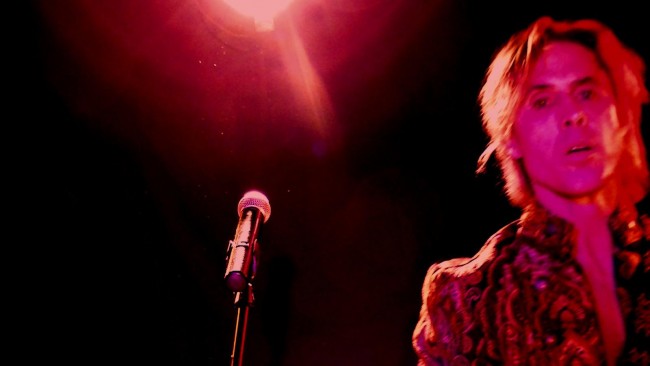 Jupiter In Velvet is lead by an American born musical journeyman who’s been all over the world and now calls wherever he is at the time home. His musical journey started at the age of 9 when he began playing the drums. At age 10 he already played his first gig, then in his teens he taught himself how to play the guitar, keyboard and singing. From there he developed his songwriting and his professional music career took a slight break as he went to college to get a PhD. Then on a trip to South Africa he had an ephiphany and realized life was too short to place money in front of happiness, so he began to go after his dream as a musician.

Jupiter moved to LA and played for a variety of bands over the years until he moved to the UK and remade himself into Jupiter In Velvet. In 2012 he released his debut album ‘Screaming the Love Behind the Scars’ which received rave reviews and airplay. His follow up album was then released in 2013 entitled ‘Shut Off Your Mind’. The title track generated over 300,000 downloads and really helped to grow his fan base. Then in 2014 the very popular ‘Glitter On The Sun’ album was dropped.

Most recently the master songsmith’s back with his album ‘The World Didn’t Start With U’ which officially drops August 21st. The album is his most powerful and edgy release yet. Jupiter In Velvets sound embraces various genres while combining older styles with the new, creating a truly unique sound all his own. When first hitting play on the title track it punches you in the face with sound, and then comes an extremely catchy riff to keep you going. His unique vocal style matches perfectly too.