Stand Up And Be Counted, It’s What You Are About To Receive 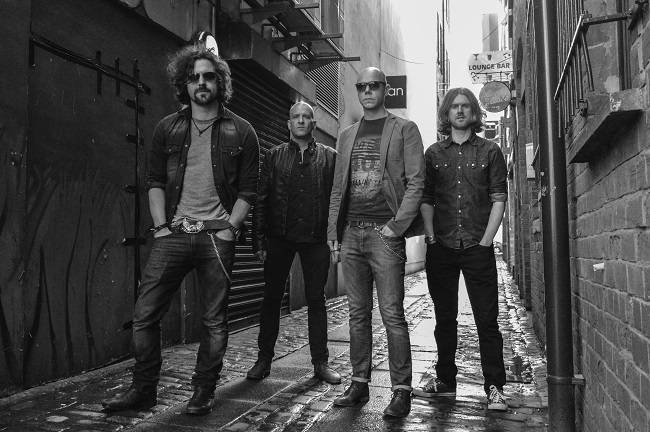 Northern Ireland rock quartet Screaming Eagles, who achieved international recognition after their single ‘Rock N’ Roll Soul’ was featured on the hit US TV Show – Justified, will release their 10-track second album STAND UP AND BE COUNTED on 13th July, 2015, preceded by a multi-track EP and first single ‘SAVE ME’ on 24th June.

The band, whose debut album ‘From the Flames’ was described by Classic Rock Magazine as “absolutely smokin’, hotter than hell, the work of a group burning up with fiery ambition,’ are signed to Worldwide-Distributing label ‘Off Your Rocka Records’, home of the Quireboys and Bonafide.

“We had an incredible start to 2015 after signing a licensing agreement with Sony Music Pictures in the US,” said Chris Fry, Screaming Eagles’ lead vocalist, “who included our first single ‘Rock N’ Roll Soul’ on the first episode of the final season of Justified, to an audience of more than 4 million. We cannot wait to continue that success with the release of Stand Up and Be Counted and play it live to the masses. I’m extremely excited as when we got the final mixes through it sounded immense. I think it shows a progression, musically, with a mixture of what we do best – the Rock N’Roll anthemic sing along chorus’ and driving riffs, mixed with some darker rib-shaking belters”

Of the first single “Save Me”, Chris had this to say “it’s a more grittier and intense sound than we’re known for, from the sirens in the intro to the eerie guitar distortion, this song will live long in your memory and have you chanting the chorus in your sleep!”

The first single from the album – a 7 track EP/single titled ‘Save Me’ will feature bonus material including a cover of Australian rock classic “Good Times” featuring guest vocals from Pontus Snibb of Bonafide as well as live material recorded at Hard Rock Hell 2013. The ‘Save Me’ video debuted last week.

Off Yer Rocka CEO Jonni Davis commented “we’ve watched our Irish Eagles with extreme interest since they won one of our national competitions and have seen their career accelerate in the UK, US, Germany and Australia 100 fold after the Justified release. Stand up and be Counted is exactly what we challenged them with for the next step and to say they have over delivered is an understatement”.

After exclusively debuting new album tracks at Hard Rock Hell Ibiza in May of this year, the band will soon go on tour including a date on the Main Stage at November’s Hard Rock Hell UK alongside Saxon and Black Label Society.

Over the past 2 years Screaming Eagles have shared bills with the likes of Airbourne, UFO, Black Star Riders, Blue Oyster Cult, and The Answer, at various festivals such as Giants Of Rock, Minehead, The Great British Rock N Blues Festival, Skegness, Southern France Aquitane Showbike Montalivet and Hard Rock Hell, Wales  and their biker edition in Ibiza.

The album “Stand Up And Be Counted” is available to pre-order from: