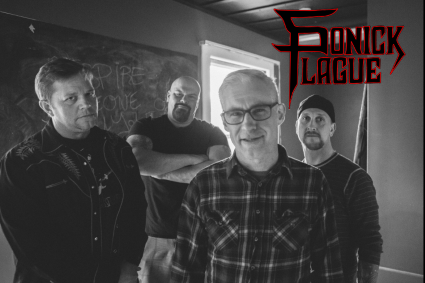 Pavement Music has announced a July 24 release for the self-titled, re-recorded and re-energized version of the 1988 debut from old-school thrash-masters Sonick Plague. Originally titled “What’s the Purpose,” this updated version of the album was recorded at the legendary Carriage House Studios and captures the powerful energy and grit of the origins of thrash metal.

Sonick Plauge are veterans (and some say) pioneers of the classic, thrash metal sound.  This raw and lively sound originated in the hills of West Virginia in 1984. The lineup was solidified in Connecticut a few years later with founders Ken Cuccaro (drums) and Tim Meehan (guitars), along with Tony Teodoro (guitars) and Sean Donnelly (bass, vox).

Things started moving for Plague when they landed their first show at the legendary Anthrax in Norwalk, CT.  Owners Shaun and Brian Sheriden signed the metal quartet to their own label (Anthrax Records) and the debut album “What’s the Purpose” was released in 1988.  Immediately after the album’s release, Tim Meehan retreated south and (after an exhaustive search) was replaced by childhood friend Chuck Crilly (guitars).  The band embarked on a self-supported tour and played alongside the likes of Death Angel, Voivod, Gwar, Pantera, Ludichrist, Crumbsuckers and many more.  The tour took its toll on the guys and after a couple unsuccessful lineup changes, the band dissolved. 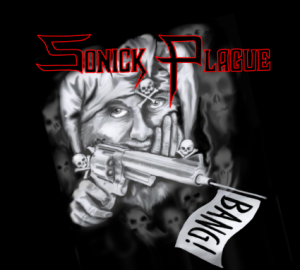 In 2012 Sonick Plague lost their beloved friend and brother Tony Teodoro.  The tragic and untimely passing found Ken, Sean and Chuck talking again and soon back to their old musical form.   Matt Dupre was recruited to round out the reformed band and a decision was made to re-record and release the debut album while they continue working on material for a follow up.