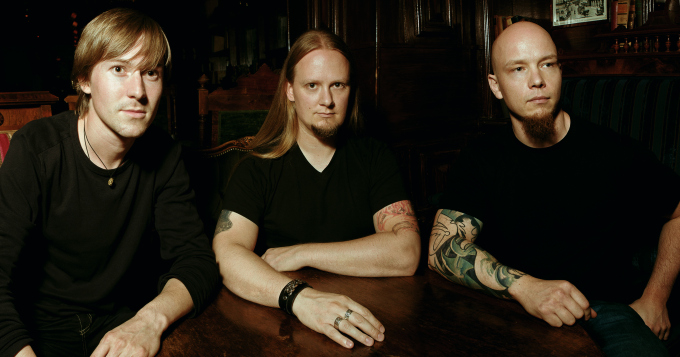 Out of Norway via Siberia, this death metal outfit release their new record on Monday

Born out the darkness of Siberia and re-located on the shores of Oslo, Norway in 2012, progressive death metal band DEFECT DESIGNER pushes forward in 2015 with their second full length ‘Ageing Accelerator’ due out on July 13th via Sleaszy Rider Records.
“It is our second album, in terms of playing it is much more mature than the previous, it is not that raw, much more easy listening and understandable. The first album was on the edge of complete disharmony and it is hard to repeat it. We believe that Ageing Accelerator may become someone’s favorite record. It sounds like a different band, but it is us.” says founding vocalist and guitarist Dmitry Sukhinin.
The album features a brutal recording line up that includes drummer Flo Mounier (Cryptopsy), guitarist Stelios Mavromitis (SepticFlesh live guitarist),  Martin Storm-Olsen (ex-Trollfest) on guitars and clean vocals, Christos Antoniou (SepticFlesh) for sampling and orchestration along with Dmitry Sukhinin on vocals, bass and guitars.

“After the first lineup dissolved I was so desperate that I wrote to few people and got the recording lineup.” explains Dmitry Sukhinin. “SepticFlesh’s Seth proposed his brother Christos to help with orchestration, Christos proposed SepticFlesh’s live guitar player Stelios to do guitars, Flo from Cryptopsy did the drums, cause actually he was my main drum inspiration. I did bass, and during the recording I met Martin who was in Trollfest before, he did clean vocals and some solos along with my solos. Then the real line up started to build up and we have Anders from Blood Red Throne. As for me, I also play in Oslo jazz death metal Diskord.”
Their live line up consists of members of ex-Blood Red Throne, Images At Twilight, ex-Trollfest, Diskord and other music projects: Dmitry Sukhinin on vocals and guitars, Martin Storm-Olsen on guitars and clean vocals and Anders Faret Haave on drums, which has shared the stage over the years with Napalm Death, Helheim, Welicoruss, Apokefale and Demon Project among many others.

The ten track ripper is an aural assault that fans of SepticFlesh, Gorguts, Cryptopsy, Slipknot, and Carcass will not want to miss as it follows DEFECT DESIGNER‘s evolution from 2013’s ‘AA’ EP, 2009’s ‘WAX’ album and 2007 debut EP ‘W’.

“We have very mature drum parts, very jazzy, and groovy, not following the click, very alive. We have something that resembles solos on this recording. We have added samples and some orchestration, very beautiful vibraphone moment. Plenty of effects on guitars. Double tracks for guitars, double tracks for vocals. Well, all the process of recording was 100% different.” 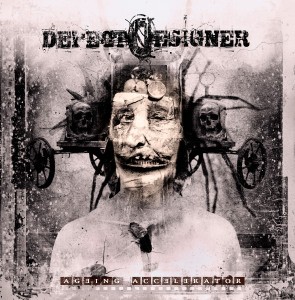