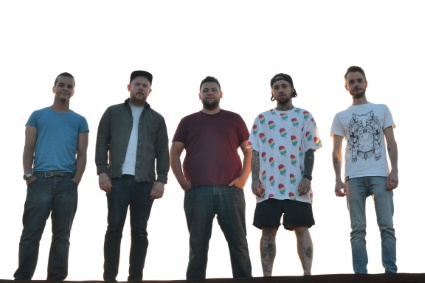 K Tech metal hardcore chiefs ‘This Is Shark Country’ are back in the fold with their explosive new EP ‘Chances’, which drops on Friday 13thNovember through all stores and digital platforms.

This Is Shark Country are a quintet of riffsmiths and noise-mongers, emerging from the sleepy market town of Newbury, Berkshire. Riding the line between tech metal and melodic hardcore, bucking the trend for more strings and lower tuning, and brandishing a totally different vocal style to boot – the band are navigating uncharted waters. 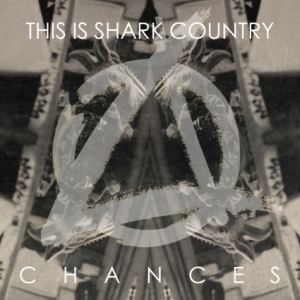 Born in 2011, the irrepressible five-some are 100% committed to the execution and construction of their craft. Through extensive gigging and intense rehearsing, This Is Shark Country have supremely tuned their live show, which has seen them hit venues from Leeds to the Isle of Wight, and everywhere in between, sharing stages with ‘68 (ex Norma Jean), Nexilva, Palm Reader, Exist Immortal, and more. In 2013, the southern riff lords released their debut album and the record attracted strong interest from Kerrang Radio’s Alex Baker, who featured the band on his radio show and Front Magazine column. As Alex Baker stated, “I put it in the CD player, and was absolutely blown away. My mind melted into fragments, into my cup of coffee, and I drank the fragments of my mind. That’s how good it was”.

Now after a year in the making, This Is Shark Country return with their most impressive work to date. The band release their new self-produced EP ‘Chances’ this November, and it’s an absolute beast. Kicking off with the techy wizardry and ball breaking crunch of ‘Sitting Pretty’, you soon realise that you are in for quite a journey. The hardcore beatings of ‘Ghosting’ then continue to tear up proceedings in spectacular style. The EP’s namesake is up next, and it doesn’t fail to deliver with its gritty groove and stunning refrain that hits you sharply between the eyes. Lastly, ‘Forever In Waiting’ showcases the band’s dynamism and true ability to pen a tune that can not only blow your face off, but can also make you think. The tireless crew take their record on the road with dates in the pipeline for the rest of the year; stay tuned and get ready!