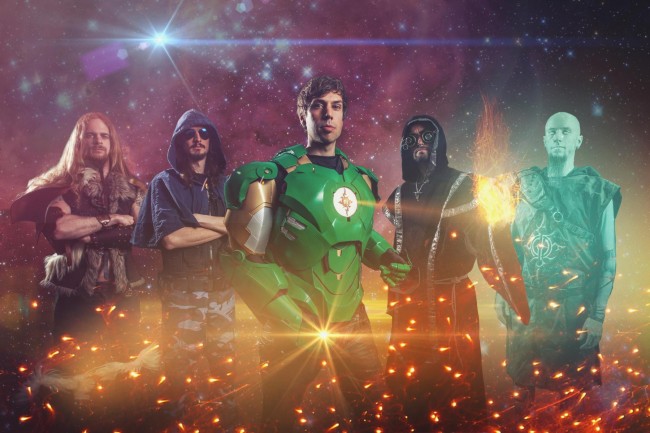 The universe is on fire, or something

In the distant future of the year 1992…war has returned to the galaxy. One thousand years have passed since the brave hero Angus McFife defeated the evil sorcerer Zargothrax in the battle of Dunfermline, trapping the wizard in a frozen prison of liquid ice. But now, a cult of unholy chaos wizards are plotting to release their dark master from his ice-bound tomb and once again unleash the sorcerer Zargothrax up on the universe. The tragic destiny of the Galactic Empire of Fife now hangs in the balance once more…  AND the universe is on fire!

Be prepared for the smashing release of the upcoming GLORYHAMMER album Space 1992: Rise of the Chaos Wizards, set to be unleashed upon the universe on September 25th 2015 AD (After Dundee) viaNapalm Records!